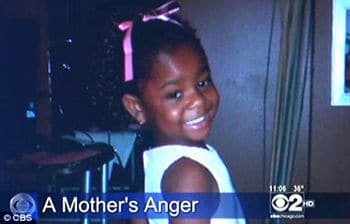 It’s finally confirmed. American toddlers are on the way to becoming alcoholics…

Last week we had the Applebee’s toddler being served margaritas and this week’s turn of fast food faux pas we have Chilli’s restaurant serving the under age 5 set mudslides. Which must mean that either America’s under 5 set are resolute on becoming alcoholics or the fast food restaurants have initiated a secret pact to get to them to become alcoholics…

When Brooklynn’s drink order came, she took about four sips with a straw before letting her mother know it tasted strange.

Her mother says she tried it and knew immediately that it was alcoholic.

At about the same time, their waitress approached with the correct milkshake order and acknowledged the mistake. Davis says she was told the waitress had only worked there a week and didn’t know that milkshakes and bar drinks are served in very different glassware.

Which makes this author wonder, is there a policy against teaching new employees that Mudslides come in martini glasses and milkshakes designed for children come in kiddie glasses- which one imagines don’t come close to resembling martini glasses.

Davis says the manager came and apologized, and offered to pick up the tab, but she had already called police and photographed the two beverages.

She then took Brooklynn to Metro South Hospital, where doctors treated the little girl for alcohol overdose.

Offered to pick up the tab or teach the new employee there on the spot what a mudslide looks like and what a milkshake for a child looks like?

“She was intoxicated. She was closing her eyes for a minute at a time, and she was telling me that her stomach hurt and her head hurt, and she just wanted to lay down,” Davis tells WGN. “Once we got to the hospital, her dad came and she was like, haywire.”

Isn’t it about time you took your little boy or girl to the nearest fast food restaurant and got them a nightcap?