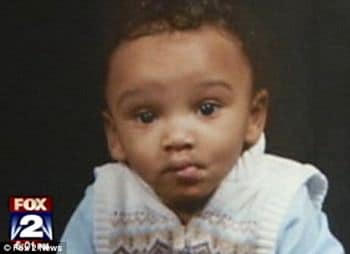 All sweet little Dominic Dill-Reese wanted was four ounces of Motts, served chilled in a sippy cup- just a few drops of pressed and pasteurized apple juice to complement his chicken fingers. What he was given appears to have undergone a process of fermentation prior to reaching this young lad’s pacifier craving lips.

Dailymail.co.uk– A 15-month-old boy was rushed to a hospital after he was accidentally served alcohol in a kids’ meal at an Applebee’s restaurant.

Dominic Dill-Reese started acting strangely after drinking what his mother thought was apple juice from his cup at the restaurant in Madison Heights, Michigan.

As the story goes, young Dominic’s strange behavior was caused not by a rush of sugar from the nectar of a Red Delicious, but  from the intoxicating nature of his actual drink- a Margarita.

‘He was saying hi and bye to the walls and then eventually lay his head on the table.  He dozed off a little bit and woke up and got real happy.’

I’ll refrain from the expected quip about Dominic knowing his limits, regaining himself, catching that second wind and gearing up for the encore– such an observation would be classified as gratuitous.

What I will do is question the competency of Dominic’s mother, Taylor Dill-Reese. Ms. Dill Reese, were you not at all concerned when your 15 month old son’s “apple juice” arrived in a Sombrero-styled, salt-rimmed glass? Did you not want to be the only one drinking at the table?

With all the dangers a young child is exposed to on his way to becoming a full-sized human being, it takes a watchful eye and discerning heart to ensure the completion of the process. She let one slip through the ever-dangerous crack here, putting her young in harm’s way.

Is this a red-flag signaling child-rearing incompetence, or merely a freak occurrence?

Applebees will likely face the brunt of the scrutiny for this injustice, but let’s not let Momma Dill-Reese off the hook just yet. Get well soon Dominic– a cold shower and pot of black coffee should do the trick.