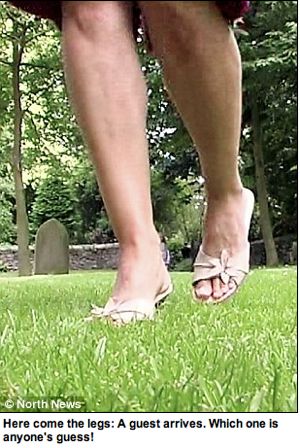 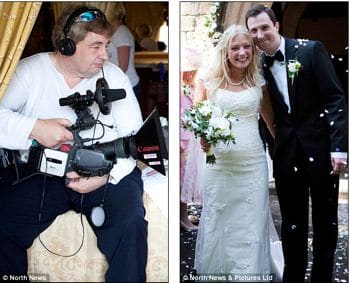 Pictures to remember for a lifetime.

Here comes a story that has even left the chipmunks we like to let scurry back and forth in the foyer grimacing: As usual the dailymailco.uk provides us with the salacious details:

When Martin and Heidi Shubrook sat down and watched their wedding video they were moved to tears.

But instead of tears of joy they couple were left weeping in despair over the disastrous coverage of the big event.

Footage of them cutting the cake and signing the register was replaced with video showing guests’ feet, grass and even people who had not even attended the wedding. 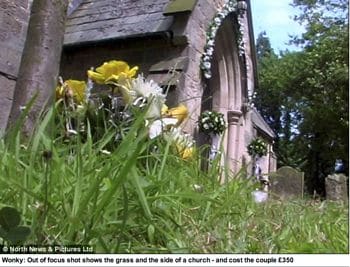 Guests who weren’t even invited to the wedding. Hmm- that ought to go well for posterity. Who doesn’t like guessing who’s who in a video, especially when you have no recollection of ever having met them, let alone them having nothing to do with the wedding.

Now the couple, from Harlow, Essex, have won a court battle against photographer, Clayton Bennett, who was hired to film the happy event.

Mrs Shubrook, 29, a primary school teacher, said: ‘When we got the disk back from him I knew it was going to be awful. Watching it was really emotional.

When it first came on it had pictures of people’s feet on the floor and then there was shots of people who weren’t even at our wedding.

‘It wasn’t edited at all, the only thing he had done with the video was to fade it in and out. I was in tears watching it back. There was no effort put into it at all.’

Well at least Mr Bennet had the decency to fade in and out. Right kids?

But it gets better. How much better? 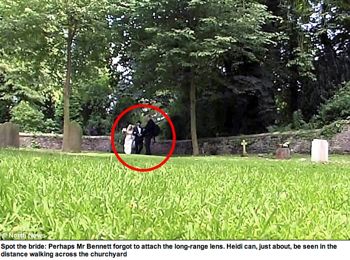 He turned up to our wedding with scars all over his face and when he was asked about them he said he was a cage fighter.

‘During the day he went missing and our wedding co-ordinator had to chase him up and found him at another wedding.’

At another wedding? Hmm- perhaps he was over booked and was trying to make the best of an awkward situation.

‘Clayton Bennett was utterly unprofessional. He turned up in unsuitable clothing, and vanished for most of the day.

‘As a result he missed the shot of us signing the register, the shot of us coming out of the church and the cutting of the cake, as well as some of the speeches.’

In the end Mr Bennet was fined 600 pounds and made as a consequence of recently going bankrupt (hmm- can you guess why kids?) to make 20 pound monthly installments.

And what does Mr Bennet have to say about his performance? 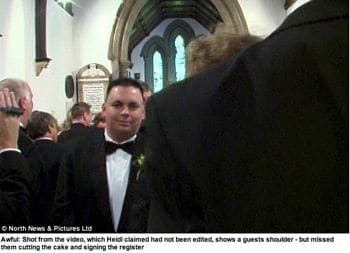 The Shubrooks expected the money they paid for the video to buy them an awful lot. I went out of my way for them. I had only been paid until 8.30pm but I stayed until 10pm for free.

Isn’t it nice to know some photographers have empathy for their clients and like to put in a few extra hours of free work, never mind what they are shooting happens to be a shadow of a guests head fading in and out….