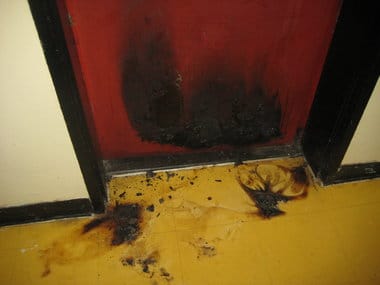 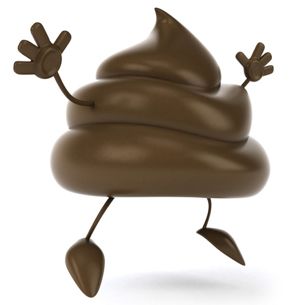 Something stinks around here….

We were bound to report on something scatalogical and lo and behold that moment has arrived….that said let’s grab a couple of rolls of toilet paper and follow this way…

silvie: A 24-year-old Stapleton man was so enraged by the mother of his unborn child, police say, that he smeared his own excrement on her apartment door in Clifton (Staten Island, NY) and lit it ablaze — all while she, her two young children, and two other people were trapped inside.

Feeling short of breath so are we…

Harrison’s rampage began shortly before 5:30 a.m., police allege — he stripped naked inside the elevator of his ex-girlfriend’s apartment building on the 300 block of Vanderbilt Avenue, then defecated, according to authorities.

He then went to the woman’s sixth-floor apartment, wiped the excrement on the door, and lit his clothes and the door on fire, authorities allege.

“I’m going to set your house on fire and this whole building down with you in it,” he screamed, capping off the remark with a string of expletives, according to court papers.

Of course we can only imagine the look on your face as you read this, but rest assured it only gets messier better.

When firefighters and police arrived, Harrison was naked and still had the evidence on his hands, the source said.

“Yeah, I did it,” he allegedly told police. “She stole my cell phone. I had a yellow lighter. I set it on fire.”

And what do you think happened at the police station? Oh yes, exactly what you’re thinking….

Later, Harrison was taken to a cell in the 120th Precinct stationhouse in St. George where, a law enforcement source said, he defecated a second time.

Hmm, now that’s really letting everyone know how pissed off you are.

Harrison is charged with second-degree arson, third- and fourth-degree criminal mischief, five counts each of second-degree reckless endangerment and third-degree menacing, and two counts of endangering the welfare of a child, said Peter N. Spencer, a spokesman for District Attorney Daniel Donovan.

The moral of the story? Life can be pretty shitty, if only that ‘ingrate’ hadn’t stolen his cellphone…right?