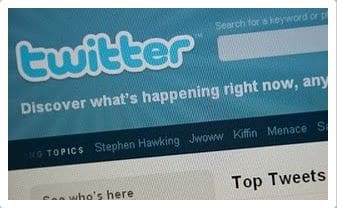 In the wake of recent Iranian protests being broken up by riot police firing paintballs and tear gas, The US State Department has now taken to politicking over Twitter, eager — they said to Iranian netizens — “to join your conversations.” Not by any means an unprecedented manoeuvre, but doesn’t this trend (we’re betting it becomes one) create a whole new category of concerns and questions in the realm of international relations at a time when social media has already been deemed capable of inciting revolutions?

First the messages in question. As the AFP reported,  the State Department used the account USAdarFarsi to call attention Iranian hypocrisy, tweeting :

‘”Iran has shown that the activities it praised Egyptians for it sees as illegal, illegitimate for its own people.'”

And in another message,

“US calls on Iran to allow people to enjoy same universal rights to peacefully assemble, demonstrate as in Cairo.”

In other words, nothing worthy of too much attention except for being sent out on Twitter (our culture’s current collective obsession). But I suggest there is something here just a bit deeper.

While the message to Iran given by the Head of State directly and the State Department on Twitter remain focused on basic human rights which should transcend borders, isn’t it essentially different as a citizen of a given regime to passively receive such message from, and to interact with the agents of a foreign body? (Especially, we could imagine, one often construed as a threat or an enemy by the mass media of one’s home country.)

Already in China certain Twitter users have (reportedly) been sentenced to re-education for online sedition, but might there come a point at which social media diplomacy becomes regulated, classified as a kind of government intervention being as it directly engages another nation’s citizens?