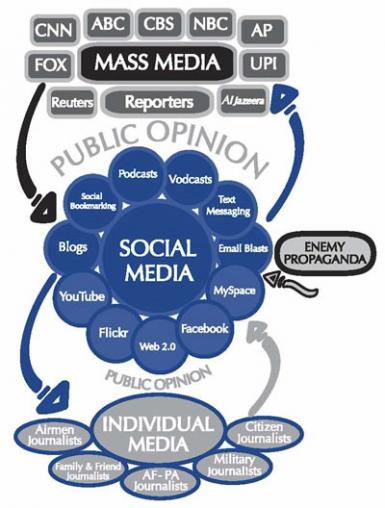 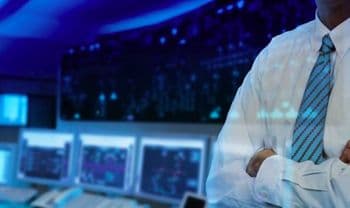 It certainly seems an oddity, considering the current push for information freedom, the Middle East’s unfolding revolutionary fervor, and all this talk of social media marketing strategy (the sole topic of innumerable blogs), that few media outlets anywhere have addressed how the US Government may be using our favorite tools to advertise itself and its own brand; how, specifically, it leverages social media to disseminate propaganda.

But now details of even this are allegedly leaking directly into the internet’s truthy underbelly. And though it’s just as likely a diversion in part of some much larger strategy, I should like to discuss what so far we know about the US Government’s reported plans to use thousands of fake social media profiles as a kind of ‘virtual army’ capable of influencing — at moment’s notice — the perpetual flow of online information.

As Darlene Storm at the Computerworld blogs reported early this morning, “the U.S. government contracted HBGary Federal for the development of software which could create multiple fake social media profiles to manipulate and sway public opinion on controversial issues by promoting propaganda.” (What is reportedly the contract in question can be found here, if you’re brave enough to download it.)

Technically called an “Online Personal Management Service,” with the software, as the blog Redacted News asserted, “one person could…create an army of fake profiles.” Something to think about next time you see 1,000 dissidents Tweeting about this week’s revolution. Which should cause any earnest critic to at least question whether such tactics were employed by either the US or some other entity in the recent string of Middle Eastern uprisings.

It would be worth noting, though only for speculation, that given the recent developments in Egypt and Tunisia it would seem entirely feasible for a social media army to accomplish in a week’s time what a traditional US army has failed to accomplish in several years of occupation of Iraq or Afghanistan. This, we could say, by crowdsourcing all their militaristic labor. Could this all foreshadow of a new kind of social-warfare?

For her part, Storm also noted that such software “could also be used as surveillance to find public opinions with points of view the powers-that-be didn’t like. It could then potentially have their ‘fake’ people run smear campaigns against those ‘real’ people.”

How would such ‘smear campaigns’ work you wonder?

Prior to Storm’s article, Redacted News culled through leaked e-mails between the military and HBGary, then published excerpts of a proposal on how“An adversary can create a classmates.com account at the same high school and year and find out people you went to high school with that do not have Facebook accounts, then create the account and send a friend request.”

The trick here would be to use leverage Facebook’s mutual friend counter. This gives the mole credibility.

To accumulate mutual friends with a mark, an agent would “look at a targets friend list if it is exposed and find a targets most socially promiscuous friends, the ones that have over 300-500 friends, friend them to develop mutual friends before sending a friend request to the target. To that end friend’s accounts can be compromised and used to post malicious material to a targets wall” Quite the horrifying proposition, keeping in mind that this ‘malicious material’ would have to compete with what’s already lurking there…

Most presciently though, these leaked e-mails have provided us with what sounds like a particularly apt contemporary slogan: “When choosing to participate in social media an individual is only as protected as his/her weakest friend.” A difficult task, no doubt; especially since, as was noted in the Air Force’s own Social Media Guide: “The enemy is engaged in this battlespace and you must engage there as well.”