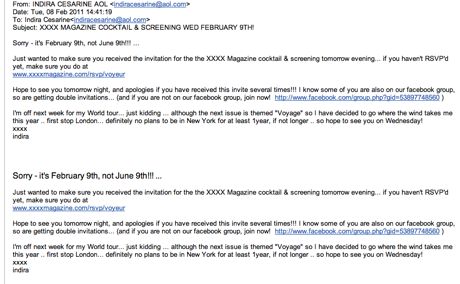 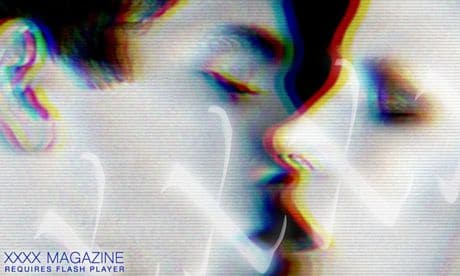 The bad behavior of Fashion week and poseurs is here in earnest.

Nothing breeds more contempt than a doorman/bitch sneering from behind their safety rags velvet rope as you stand there waiting to be politely acknowledged and afforded your entry to perceived paradise.

Last night, this dilettante at large was personally invited by XXXX Magazine’s Indira Cesarine for what he perceived to be a genuine polite invitation to her journal’s fete a fete at de rigeur snot spot Provocateur in anticipation of NY Fashion week. What followed was hardly in this author’s opinion was polite or good manners and perhaps if one wants to make bones about it an example of bad form, childish dispositions and some degree of malice. But then again who can blame a bitch who thinks the world is in the business of licking the muck off her high heels.

At approximately 11.10pm last night I arrived in good cheer, a particular jaundice to my steps at hot boite Provocateur. Upon arriving the door crew, which included 2-3 gamine looking women desperately looking at the reflection of themselves in the moon and 2 particularly muscular men who one assumes devour little children with their Earl Grey Tea in the afternoon (I on the other hand only devour marmalade crumpets with my tea in the afternoon thank your very much) looked at me with a practiced reticent of ‘go fxxk’ yourself countenance.

That said, I once again announced my name, calmly looked at my mismatched socks and smiled to the best of my ability as I waited for the gamines of Hudson Terror to open the gates of milk and honey. The gates to be sure did not open. Once again, slightly agitated I tried to explain to the door team who I was ( I know it’s tacky- and I bet you’re a hedge fund trader too) and that in fact at the very moment I had one of my writers and photographers snapping happily away at the happy people dunking marshmallows in their vodka goblets. This it seems elicited no reaction. Well, I lie- it did elicit a reaction- a group yawn. Oh well.

At that moment I did what any harried editor in chief would do- I got on my cell phone and started texting my photographer to reach out to Ms Cesarine, whom I understood to be personal friends.

At this stage my photographer assured me that Ms Cezarine would now come and collect me.

Wonderful. So I thought.

So I waited. And waited. Waited. A very long time. But I was happy to be alive and to be honest I was rather proud of my mismatched socks. But hark where was Ms Cesarine? 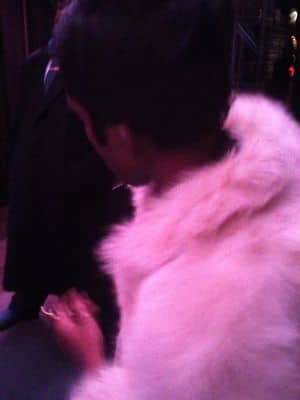