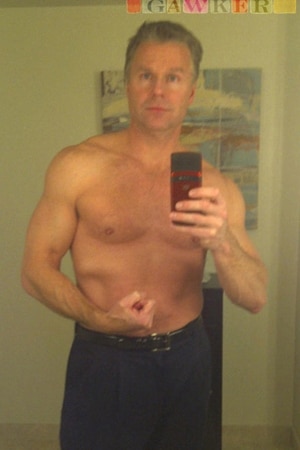 Are you in the mood for some bad love?

And why doesn’t she think this wasn’t Rep Lee’s first stab at love and lust behind closed doors?

Lee, 46, allegedly met the woman when he responded to a Craigslist personal ad she placed in January. In email exchanges, Lee claimed to be 38, divorced, a “lobbyist’ and a “fit fun classy guy.”

Fit, classy guy? Do these syllables cling at you like a jagged cupful of glass in your morning tea?

But it gets better. How much better? Let’s take our collective shirts off and follow this way…

Hmm. Let’s back up for a second. You’re a married member of congress looking for part time sleaze and love on Craigslist and you use your real name and gmail account? Is that somehow part of the thrill factor? Is that suppose to make the kissing session that much more exclusive?

The woman said that, after, she checked him out online and found out he’d lied about his age, marital status and job, she turned their correspondence over to Gawker.com, which posted them yesterday.

Which is another way of saying, if you like stripping in the middle of the highway with the words kick my ass here stupid you are eventually bound to get the attention of a bunch of sleazy reporters. And when it comes to sleaze we could hardly agree that Gawker is the right tea bag of choice.

Which brings us back to the moral of the story, now that our favorite representative has resigned in disgrace- ‘If you’re going to go on sex and sleaze missions, it’s always better to bring a pack of condoms, because you never know what’s out there waiting to ambush you.