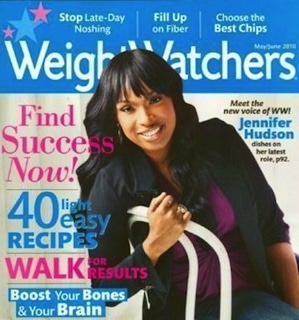 How many points is an apple worth or for that matter a double Big Mac worth on Weight Watcher’s grid? No matter what you thought or currently think, Weight Watchers has decided to go ahead and change the rules and ostensibly given you more reasons to get fatter this Holiday season.

Does this mean in order to lose weight I’m once again relegated to eating sensibly and exercising? Wouldn’t that be a burden on my impulsive sensitivities? Surely Weight Watchers must have a reason for putting me and you (but mostly you readers) into another moral quandary- Big Mac or sliver of apple? No more sour cream scoop or how about another glass of red wine? What if the red wine is a beajolias and less than 2 years old? How about that extra peperoni slice sitting on the counter from last night?

NY Times: The new plan, company officials say, is based on scientific findings about how the body processes different foods. The biggest change: All fruits and most vegetables are point-free (or free of PointsPlus, as the new program is called). Processed foods, meanwhile, generally have higher point values, which roughly translates to: should be eaten less.

Under the old system, for example, the average new member of Weight Watchers was allotted 22 daily points and an extra 35 weekly points. Now, the average new member is allotted 31 daily points and 49 weekly points. So while two potato latkes are now seven points instead of five, their portion of the total is about the same (too high). But a Burger King bacon double cheeseburger is still 12 points, making it slightly less objectionable under the new regime. And that little pack of Oreos? Up a point, to three.

Ultimately isn’t the real appeal of Weight Watchers the fact that it acts like a surrogate authority which gives us permission to gorge on foods that we instictively know are bad for us (but too delicious to give up) and now with the new change we are once again forced to reckon with the fact that fast food, processed food are still just as bad for us albeit with the new conundrum that that Weight Watchers is no longer sanctioning them, even as tid bit guilt portions. So much for dieting and the wonderful illusions we are prone -begging to believe.