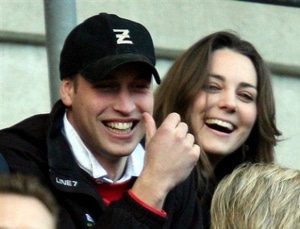 Who will tend to the dishes and the door now?

In an effort to align their lives and one would wonder their public perception to a more favorable one Prince William and his fiance, Kate Middleton have announced upon their marriage they will do without the need of butlers or servants. Which leaves us wondering, who then will do it for them?

telegraph.co.uk: The future king and queen have done everything they can to live life like any “normal” couple during their weekends together at the Prince’s rented cottage on Anglesey, doing their own shopping, cooking and cleaning.

And although they have bodyguards on 24-hour duty protecting their isolated cottage, they have told aides they intend to carry on fending for themselves when they return home as newlyweds.

Are we to really believe this? Is the Prince having a joke on us? After all, what’s the point of being a prince if you can’t have someone dilly dally after you all day long? Surely the Queen or the Duke himself ought to take the time to sit the Prince down and explain to him it is his God given right to terrorize people of lesser elk than him. After all, if the rest of the royal family can make little boys and girls flutter along all day long, surely Prince William and Kate Middlteton can uphold their end of bargain too?

The couple believe that sharing their home with servants would ruin the intimacy of their relationship, and will carry on looking after themselves until the Prince finishes his tour of duty as an RAF Search and Rescue pilot in three years’ time.

Bollocks@! Is the Prince trying to unsettle his constituents? It is their right and duty to frollock all day long in front of the tele, the paper and even in front of the dishes. What’s a monarchy if its constituents can’t pander to the whims of those in the higher echelon? Soon they will be announcing an abdication just so they can have spare time to go bungee jumping in the South of Spain. We’re afraid at this stage the Prince must be a man and own up to his obligations. Siller tosser!

A senior royal source said: “It’s very much their instinct to manage on their own.

“They want to do their duty and make sure they are a real asset to the country but they are private individuals who want to get on with their lives.

Get on with their lives?! And who will get on with our lives?! Answer us that? Surely the Prince doesn’t mean to be daft, does he?!@

The BBC journalist Jeremy Paxman claimed in a book about the royal family that the Prince had four servants in attendance to help him get dressed every morning, and that one aide squeezed his toothpaste onto his brush for him and another once held a bottle while he produced a urine sample.

Please Prince, come to your senses now! At least let one of us pass you some toilet paper under the door when you tend to your abatement.