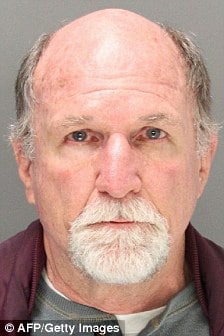 In house air rage is now being served.

Have you ever thought to yourself when you are on a plane (where by all accounts you are captive passenger) how much you’d like to beat that one person up who refuses to turndown the volume on their I phone? Well, 68 year old Russell Miller this afternoon was thinking that to himself when he reached over and violently punched the annoying teen next to him.

For his troubles Russell is now awaiting to see whether he will have to serve a sentence of up to 6 months in jail and not to mention pay a fine of up to $1000. The Daily Mail Co UK (as usual) provides more details…

dailymail.co.uk: The dispute started as flight attendants announced the final approach to land in Boise, Idaho, after a flight from Las Vegas.

Witnesses said a 15-year-old boy completely ignored the routine instructions for passengers to switch off cell phones and electronic items.

Which as you can imagine infuriated Russell who by now was probably too busy wondering to himself as the plane was making its decent if this would be the plane that would end up crashing on the tarmac and making it on the evening news.

And when you’re too busy concentrating on landing alive sometimes you have to take as Russell did matters in your own hands.

‘He punched him so hard there was a mark on the teen’s arm. That gave us probable cause to believe the reports from the other passengers,’ said Lieutenant Kent Lipple, of Boise Police.

After the fight, the pilot radiod the air traffic control tower in Boise and requested police officers to meet the plane when it landed late Tuesday night.

Next time Russell some insolent kid rubs you the wrong way may we suggest you take out your record of criminal probation and we’re sure that will shut them right up.