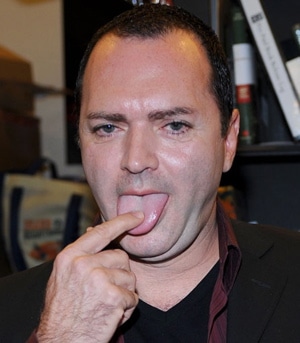 Everyone’s favorite celebrity President has pissed off a group that you don’t wait to mess with. Obama’s offended the gays; and come election day, they’re going to let it show— bitches.

Huffington Post: “It’s all talk and nothing’s happening, and I’m just over it,” said Coatar, 62, a church business manager who said she’s as concerned about health care and homelessness as about gay issues. “I don’t know who to vote for and the election is a week away.”

Many LGBT supporters are angry that politicians, including Mr. Obama himself, only play the gay card come election time. And when places like Cook County, Illinois, where the gay population makes up 7 percent of voters, experts say that could make a big difference into who gets elected this year.

“Once they’re elected, they’re not fighting for things like civil unions or same-sex marriage or ending ‘don’t ask, don’t tell’ because they’re hot-button issues,” said Wyatt, who usually supports Democrats. “We’re just used as a piggyback for them to get into office. It’s absurd.”

One has to wonder, how absurd it really is though. In this continued game of politics as usual, did the LGBT community really believe that they were going to be a major priority for the administration of change? With the healthcare crisis, global warming, a decade-long war, appalling education, and the myriad of other problems plaguing the US; where should our most valiant efforts lie?

“Either we’re important enough to fight for our equality or we’re worth losing,” she said. “Right now we’re being treated like we’re worth losing.” Robin McGehee, co-founder and director of the national gay-rights organization GetEQUAL explained.

But, truly, to those in power, are any of us, no matter gender, creed, religion, political, or sexual preference, even as human beings, do they really believe we’re worth fighting for?