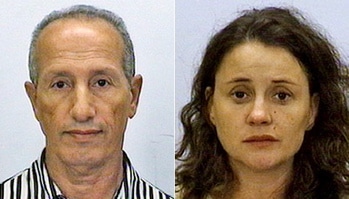 Shlomo and Jeannie Rasabi want you to know the kids were drunk-on-arrival to their $10 million, 17,000 square foot mansion in Boca Raton, Florida; so, naturally, it wasn’t their fault when the underage teens started vomiting and passing out on the front lawn.

A dozen comatose, vomit-faced teenagers spread across a sprawling lawn isn’t too bad, however, considering the party hosted 500 high schoolers. Cops showed up at the home after receiving a noise complaint, and were alarmed to find a zombie nation of drunken teens bumbling down the street.

Shlomo and Jeannie, the parents of two teen sons, aged 16 and 17, celebrating Homecoming by getting nice and sloppy, were arrested and charged on Sunday for allowing minors to drink alcohol at an open house party. Six teens were also arrested and charged with underage drinking.

New York Daily News: The parents also insisted that their party was really a late afterparty for another party, and that the students must have gotten drunk before they arrived at theRasabis’ home, according to the police report posted on The Smoking Gun.

Shlomo’s rationale? “I didn’t even know all these kids were here. They all brought alcohol into the house,” the 59-year-old father said when police asked him about the alleged underage drinking.

When word of the party got out, students apparently made fake wristbands and came to the house on four chartered buses the students arranged, the lawyer said.

This booze-fueled after party turned out much better than it could have, however. Remember 19 year old New York Socialite and ambassador’s daughter,Nicole John? Her underage attendance at a recent after party resulted in a tragic plunge to her death from a mid-town Manhattan high-rise.

It’s stories like these that make you wonder, who is ultimately responsible for these types of reckless behavior by teens? The privileged children that practice it, or the parents facilitators that turn the other cheek to their children’s sordid and dangerous behavior?