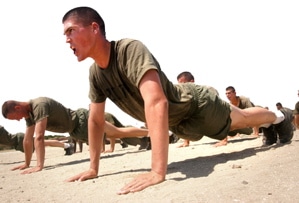 One Chinese internet addiction camp instructor and ‘two others’ allegedly disciplined sixteen-year-old Chen Shi to death, with ‘with a plastic pipe, handcuffs and a wooden baton when he refused to run’ after his mother had ‘lured him’ there because he’d failed a test at school. Sources say she’d with promised him he’d get to ‘study IT.’

Breitbart: The school’s admissions director had advised her to lie, saying 90 percent of students who attended were given a false reason for attending and the remaining 10 percent were “kidnapped” by their parents or school instructors.

In any case, the boy’s mother, at least apparently, did it for his own good, saying she’d wanted “to toughen him up because he was “afraid of hardship, had weak willpower and not enough self-confidence.” Toughen him up she did.

Only two days after paying 22,800 yuan – or about $3,400 – for six months worth of daily beatings teachings designed specifically to build self-confidence, Chen’s parents received a call from school officials saying their son was on his death bed, ‘possibly from sunstroke.’

Perhaps upset that their lazy son had spent their hard earned yuan lounging in the sun, Chen’s parents rushed to see him, but realized something didn’t quite add up when “They managed to see his body — which was covered in blood and bruises, while his underpants were torn.”

The death, the second reported in China since last August from just such a camp, could be said to mark a growing problem. And while it would seem like common sense, at least to most of us, not to send your kid off to a shady death camp, what can we really do when parents become both as odd and as threatening as the internet weirdness and weirdos they seek to guard their children from?