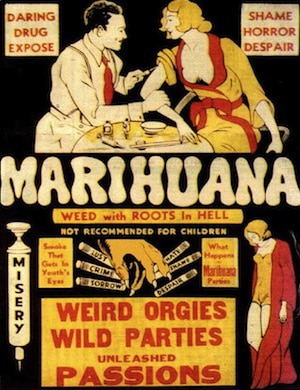 This is the new law that the US government is getting ready to pass- Drug Trafficking Safe Harbor Elimination Act of 2010.

Did you know next time as a US citizen you go to Amsterdam and get high and are caught that the US government can punish you upon your return to the US?

Animalnewyork.com A little talked about bill that could have major consequences for Americans who travel abroad made its way to the House floor on Wednesday and is expected to pass. It’s called the Drug Trafficking Safe Harbor Elimination Act of 2010‘ and it’s quite possibly one of the most invasive pieces of legislation ever introduced. What’s so bad about it? It basically says that U.S. laws apply to U.S. citizens no matter where in the world they are, except in countries where it’s legal to use drugs, which is just about nowhere.

Is this making you think twice about cleaning that crack pipe ahead of your trip to Tijuana kids?

Keep in mind that even in places like Holland, cannabis isn’t legal, it’s tolerated, so technically speaking, a U.S. citizen partaking in Amsterdam’s local “coffee shop” culture could be persecuted for “smoking a doob.”

So as much as you think there is more tolerance to drug use, or a move towards it, whether you personally think tolerance should be heeded, it seems the bigger issue at hand is the heavy weight of the law which going forward will be keeping tabs on your goings on no matter where you are in the world.

The fact that it is done under the guise of drug laws is just a neat trick to convince you that this law should stay. So whether you like to get high or not, the bigger question, are you in the mood to have every action on your part scrutinized for the sake of national security and hegemony? Maybe a puff on the good shit will help you come up with an answer, assuming you are brave enough to do so…