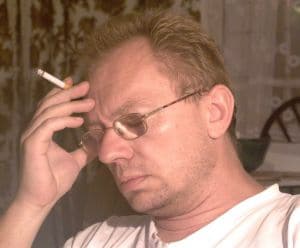 It’s no longer turning out to be the golden years of your life but the nightmare of your life.

It wasn’t suppose to be like this, but with the recent economic travails and upheaval in society and mores, one generation has been struggling to come to terms with their current lot and failing miserably.

The Register.Co.Uk The Baby Boomers – the generation born after the Second World War, who were hippies and flower children in the 1960s and 70s, corporate greedheads in the 1980s, who controlled western civilisation through the 90s and noughties and are now reaching retirement age – are committing suicide in unprecedented numbers.

The suicide statistics on the Boomers are bizarre, as Westerners in the 40-59 age bracket (as the Boomers now are) hadn’t previously tended to kill themselves a lot. The Boomers’ parents, for instance, raised during the Great Depression, bloodied and traumatised victors of the most terrible global war ever seen by humanity, didn’t commit suicide nearly as much in middle age.

Which begs the question if previous generations have had to contend with more extreme conditions why is that this lot are falling by the wayside?

“This is a striking new trend,” says social demographer Julie Phillips. “Since the 1930s and up to the 1990s, suicide rates among middle-aged people – people aged 40 to 59 – were declining or pretty stable. But after 2000, this picture changed dramatically.”

But then again after 2000 everything pretty much changed dramatically and what used to be a dance party has suddenly in the twilight of many baby boomers life has become an unshakeable diarhea of concern, anxiety and the prosepect of living the last stages of life in utter misery as opposed to idylic hope they once experienced in their formative years.

One theory on why the Boomers have carried on doing themselves in is that they are more likely to have known someone who committed suicide earlier in life, which apparently carries a copycat risk factor later on. Another is that the pampered Boomers simply can’t put up with the general misery and discomfort which come with getting old.