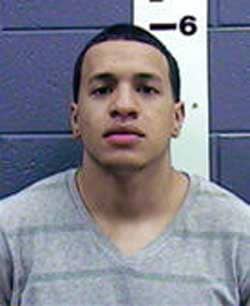 When a joke doesn’t turn out to be so funny.

Austin Purifoy is going to be watching for a long time to come where he goes pooping. Why? Let’s grab some toilet paper and find out…

LC Sun:LAS CRUCES – The teenager who defecated in a man’s car – mistakenly thinking it was his girlfriend’s – has been convicted and sentenced to probation.

Austin Horries Purifoy, 19, is headed into the U.S. Army, which is aware of the charges, said 3rd Judicial District Attorney prosecutor Michael Heitz.

Oh dear, does this strike you as scatalogical? Poor Austin, thinking he was going to give his ‘gal’ a friendly lover’s surprise and now the butt (pun intended) of every dreamy eyes teenager looking for tender loving ways to garner the attention of their loved ones. Of course you know the first the army is going to make Austin do when he arrives at boot camp is make sure all them lavatories are nice and clean.

But what about the car itself?

Unfortunately, the owner of the befouled Honda Civic was turned away from the car wash where he attempted to take the car and had to clean the damage himself, Heitz said.

Isn’t that a bummer kids? Personally I would have dragged Austin into the backseat and had him wash the sucker down with his tongue, but that’s just me.

Purifoy, who has been undergoing treatment, apologized for his actions in court and has repaid the business $349.17 to fix their window and paid the car’s owner $154.90 to fix his car window, Heitz said.

“Hopefully, this was a one-time thing for him,” he said.

One day when Austin really has to go to the bathroom he will look down at his pants and notice the sticker on the back of his pants begging him “just ’cause I was made I was made in China doesn’t mean you have permission to shit on me.” Let’s hope he listens…