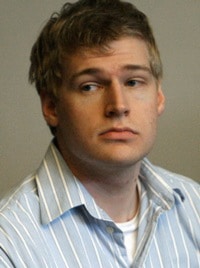 The young medical student who had it all.

NYC. August 15. Press reports confirm that Phillip Markoff, the main suspect in the killing of a masseuse, model Julissa Brisman he met through the Craigslist April of 2009 was found dead this morning in his cell, at the Nashua Street Jail, Boston where he had been awaiting to hear charges against him. The death brings to a close a bitter episode that charged the nation when it was found that it was a supposed standing member of society who had committed the crime. But it also now raises new questions as well…

Huffington Post: Philip Markoff, 24, was found unresponsive in his cell Sunday morning in the Nashua Street Jail, the Suffolk County district attorney’s office said in an e-mailed statement, and he was pronounced dead at about 10:15 a.m.

“Markoff was alone in his cell, and all evidence collected thus far indicates that he took his own life,” the statement said.

“Markoff was alone in his cell, and all evidence collected thus far indicates that he took his own life,” the statement said.

Authorities will investigate to determine the facts and circumstances surrounding his death, the district attorney said.

So far no signs of foul play. But the question remains if Markoff did take his own life, why did he take it? Was it the remorse, the guilt, the idea that he had gone to the edge and acted out on a dark impulse, an impulse that someone of his standing should never have been caught having and that reflecting on his actions he could no longer bear the burden of his conscience? Or was it simply resignation that he had thrown a promising life away and he could see no salvation behind bars?

Saturday would have been Markoff’s first wedding anniversary, but his nuptials were canceled after his arrest.

Markoff, a former Boston University student, pleaded not guilty in the fatal shooting of Julissa Brisman, of New York City, and the armed robbery of a Las Vegas woman. Both crimes happened at Boston hotels within the span of four days in April 2009. Rhode Island prosecutors also accused him of attacking a stripper that week.

His trial in the Massachusetts cases was expected in March.

Who can really understand death, especially one who commits it on others and then themselves? On some level it’s a death of our society…

What happens when the honors student next door turns out to be a homicidal manic hanging out on Craigs list?