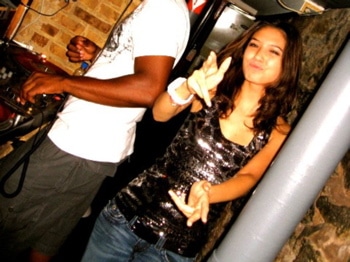 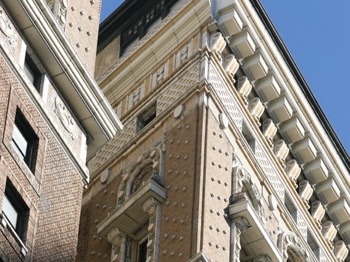 I’m sure 17-year-old Nicole John, daughter of the U.S. Ambassador to Thailand Eric John, was having the time of her life the night of her death; partying it up with a Brazilian fake ID, with an obviously older crowd at the Little West 12th hot spot Tenjune, and then continuing the party at a Herald Square Towers apartment with friends. The night of fun, however, had an extraordinarily tragic ending for the young socialite.

Nicole John accidentally fell to her death from the 25th floor Herald Square Towers apartment where she was night capping at approximately 4 am; landing on the 3rd floor overhang of the building after climbing out of the apartment window to, what police believe, take a picture.

NY Daily News: “They’d been drinking,” said Robert Pena, the building engineer at the Herald Square Towers, who saw the pack of partygoers walking through the building’s lobby just before 4 a.m.

About 10 people were inside when Nicole John took off her shoes, climbed out of the window onto a ledge and plunged to her death, Police Commissioner Raymond Kelly said.

When police arrived at the scene, the apartment had already been thoroughly cleaned by the other guests at the party. Ilan Nassimi, 25, who was the host of the after party, was charged with unlawful dealing with a child for providing alcohol to the underage victim.

John, who had just graduated from the International School in Bangkok and was set to begin classes at Parsons School of Design this fall, had her whole promising life ahead of her.

It isn’t until a tragedy like this happens, that we see the underbelly of growing up privileged and fast; it  isn’t all glitter that the media portrays, and we buy into, every single day. There are consequences for being young and reckless, and unfortunately now, there is a new poster child.

I’m sure this wasn’t the type of fame that Nicole John was hoping for.