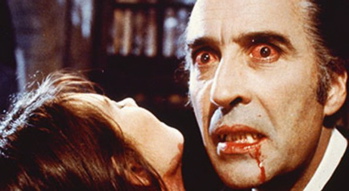 Mexican traditions are alive and well in Barton, Florida.

Mauricio Mendez Lopez is off to jail for a very long time today after police apprehended him. What made his arrest so easy to make? Maybe that has something to do with the eyewitness account that left TV watchers terrified. What account you wonder? Let’s take out an empty glass and follow us this way…

A witness, identified by police as Mirella Mendez, told investigators that Lopez carried a knife in his right hand and a drinking glass coated in blood in his left hand, a Bartow police affidavit states.

Before fleeing, Lopez “raised the glass in the air and said aloud, ‘… this is my secret’ and laughed as he ran away from the residence,” according to the affidavit.

A secret that only lasted until Wednesday night.

So there you are walking in to a dead man on the floor and another man, his room mate sitting nonchalantly 6 feet away, with the murder weapon dripping all over him, with a glass of the victims blood about to go down the hatch, wondering to yourself- “Can someone please explain what the fu*k is going on?”

The witness told investigators that “a ritual in Mexico involves the person drinking the blood from a murder victim to prevent law enforcement from being able to find and prosecute them.”

Besides eating body parts, killing people is starting to get interesting again.

Guess who’s coming to dinner, or rather is going to become dinner?

Nicholas Cocaign wants to eat your heart out.