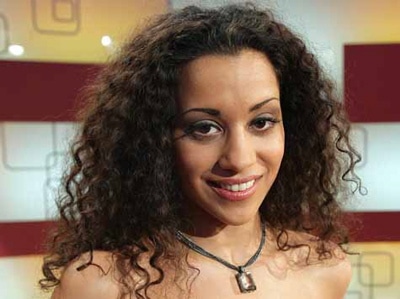 Was it a lack of counseling or pure venom for the world that led Nadja to behaving the way she did?

Out of Germany today comes a dispiriting story of a young woman who went from one misfortune to another before deciding to inflict her misfortune on others..

Gawker: Nadja Benaissa a member of German girl band No Angels, is on trial for knowingly spreading HIV through unprotected sex.

On trial for causing grievous bodily harm to a man who got HIV. In Germany laws against “intentional or negligent transmission of HIV” are enforced. (Though some debate their usefulness in slowing the disease’s spread.) Nadja had sex with at least three men while aware of her HIV status.

Which makes you wonder at some point doesn’t she owe any of these men any explanations? Not unless her conduct was willful that is…

Today in court, both Nadja and her victim testified: He said she had “created a lot of suffering in the world,” and she told a sob story about living on the street, becoming a crack addict at 14, and discovering she was HIV-positive during a pregnancy when she was 16. She claimed she didn’t understand how easily she could infect others.

If convicted, Nadja could go to jail for up to 10 years.

There are a lot of people who experience adversity everyday, to impart ones own misfortune on to others is a heinious course of action. But then again one could always rebuke perhaps those potentially contaminated by the young woman should have been more careful and taken more precautions no matter the mood at the time, because as they can boldly see right now, sometimes the consequences are too severe to reverse time and that of a disturbed girl’s point of view…assuming she indeed did willingly conceal her condition at the time.