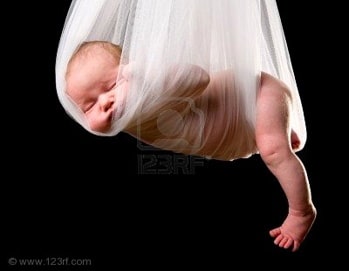 And so begins the next step in the possibility of being able to special order your unborn child.  Engineering a child’s sexual orientation may not too far off on the horizon; as a new pill, meant to be used to treat the rare disorder, congenital adrenal hyperplasia, a condition which can make it difficult to tell the sex of a baby at birth, is beginning to create controversy for its potential for genetically modifying postnatal characteristics of children.

LA Times: A hormonal treatment to prevent ambiguous genitalia can now be offered to women who may be carrying such infants. It’s not without health risks, but to its critics those are of small consequence compared with this notable side effect: The treatment might reduce the likelihood that a female with the condition will be homosexual. Further, it seems to increase the chances that she will have what are considered more feminine behavioral traits.

Although it doesn’t seem extremely controversial on the surface, it’s causing uproar. Like with many emerging medical treatments, the fear is that there will be the likelihood of people abusing these types of advancements; raising ethical dilemmas of genetic modification within the medical and gay community.

That such a treatment would ever be considered, even to prevent genital abnormalities, has outraged gay and lesbian groups, troubled some doctors and fueled bioethicists’ debate about the nature of human sexuality.

With evidence being substantiated within science that homosexuality is a biological and not a learned trait, the ability to chemically alter children’s sexual orientations has become increasingly probable in recent years.  This treatment is feared to be just one step closer in being able to engineer a child before birth.

God help us when people start ordering babies like Burger King.  A happy couple, waltzing up to a counter, ordering their child like a Whopper.

We’ll take the number 1, male, with sandy, not blonde hair. Light on the freckles, heavy on the smarts; and please, hold the gay.