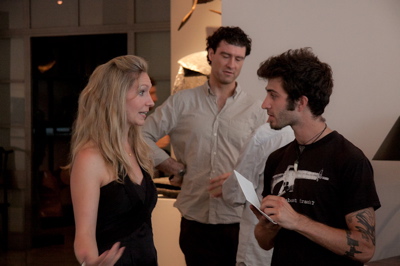 The Yale MFA Photography Thesis Show opened this Wednesday at the Jason McCoy Chelsea gallery. Curated by Sabrina Wirth, founder and director of Wirth Art Advisory, the show included selections from the previous Yale exhibit ‘Stranger Than Fiction’ held at 25CPW in early June which was moved to the new location so as art connoisseurs and art collectors could meet in a more intimate setting.

One of the first prints that caught my eye was an interior shot by Hrvoje Slovenc (who’s work is in Philadelphia as well as Detroit); the shot featured an almost completely un-upholstered room, speakers in the corner and folding chairs against the wall. All of his pieces were of interior spaces.

So tell me about why you choose to do interiors

I was originally trying to show, you know Shakespeare- ‘the whole world’s a stage’- well I was trying to do that, with people. But it really didn’t work out, so I chose spaces- trying to portray them also as sets. I wanted something very domestic. These spaces in particular are all places where S&M acts take place. 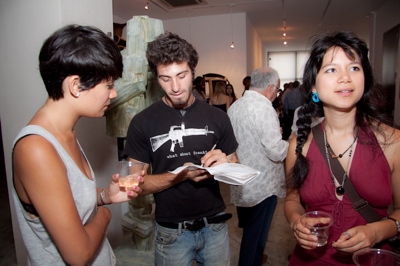 S&M? How did you find them all?

Well I tried putting want ads on craigslist, but when that didn’t work out I actually went to the personals, people seeking S&M acts, and applied. I told them I would be taking pictures of the spaces and had to sort of let them believe that I might actually be interested in the acts too; I had to return sometimes five days in a row for the pieces.

Yes. First I take the picture and develop it to see how the next one needs to be taken. See how the angles are more emphasized here; this particular view would be impossible without the two photos side by side.

It was fun, interesting. I like trying to depict people through their spaces.

And how does this work with your theme on life as a stage?

I am trying to show people things which seem spontaneous and show how those things have also been staged in a way. I also got an interview with Tatiana Grigorenko who had two pieces featured in the gallery- both of which had parts removed or covered up. 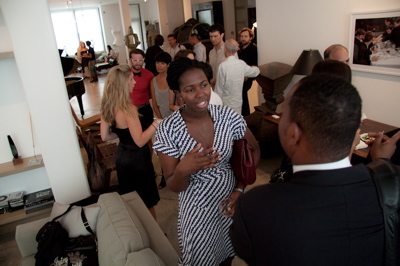 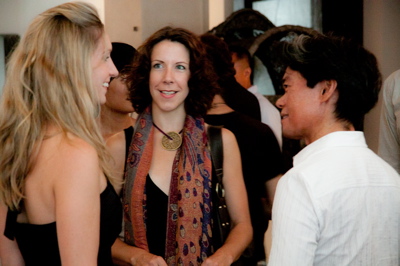