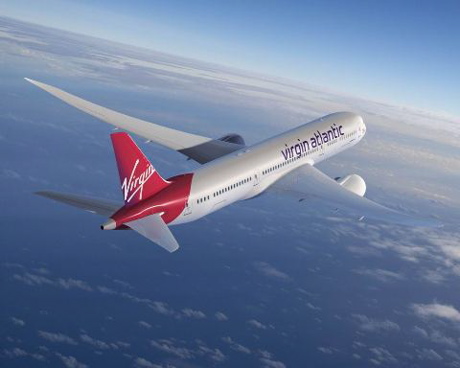 Once again it’s that time of year where we dig up the summer travel holiday nightmare from hell. Last year it involved Continental flight #2816 where up to 300 people were trapped for up to 2 days in a packed tin capsule with overflowing toilets and then the Euro train fun ride two weeks later where passengers were trapped in the dark for 6 hours underneath the English Channel. The latest excursion to existential madness once again includes the English, but this time the adventure centers on an international Virgins flight departing from Heathrow, England bound (hopefully) for the US’s Newark airport. If we could offer you a tease to continue reading this amazing story it would be the following comment made by one of the passengers when they finally made it out of their tin cabin sauna 72 hours later- “It was like four hours on the ground without any air conditioning. It was crazy. Just crazy. There were babies on the plane. And we are in dark and hot. You try to be patient but people were yelling and screaming.”– Gothamist.

To be sure every once in a while a story comes about a plane crashing, or a plane nearly crashing, or a plane crashing but somehow miraculously surviving by landing in the Hudson river. These adventures epitomize the fear and exhilaration of travel. With every decision we take to step into our car, bus,taxi, 4 wheel drive, train, or airplane lies the fear of the unknown, the exhilaration of who we will meet on the other side and if on this particular trip new life possibilities arise for us. After all, the sheer act of taking time of work, committing sums of monies to hotels, airfare tells of our willingness to explore opportunities and dispositions beyond those in our immediate corridors. So we set with resigned commitment to travel, to seek life affirmative experiences, little realizing that sometimes the very life affirming experiences we seek to have sometimes begin the moment the plane takes off. 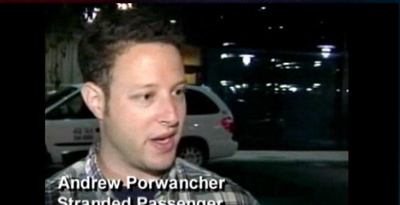 CNN: There were 300 passengers on board the flight, which left from Heathrow Airport last night with a malfunctioning generator and air conditioner. After delays, the aircraft took off but then hit storms in New York, and was diverted to Bradley Airport in Connecticut. Upon landing, the power was going out, there was no fresh air coming in and NBC reports that the aircraft sat on the tarmac for four hours as temperatures reached 100 degrees.

So there you are idly looking around the cabin, wondering when you’re finally going to get off, wondering if the baby 3 rows ahead of you will ever shut up, wondering if you can literally ‘stomach’ returning to a dank lavatory, wondering if you can come up with some more small talk to the passenger sitting next to you (‘Yes, it was a storm, it couldn’t be helped, these things happen. But how inconvenient?’) the same one who hasn’t taken a shower like you in 3 days and are beginning to stink.

In essence it’s a life affirming experience, life affirming in the sense that you are still alive but not necessarily in the preferred disposition you would have preferred. It is after all why you arranged the trip in the first place- to seek new and alternative experiences and how ironic that the experience you are currently sitting through is the very one you were seeking to avoid and leap jump in the first place...

“It was like four hours on the ground without any air conditioning. It was crazy. Just crazy,” said Willan.