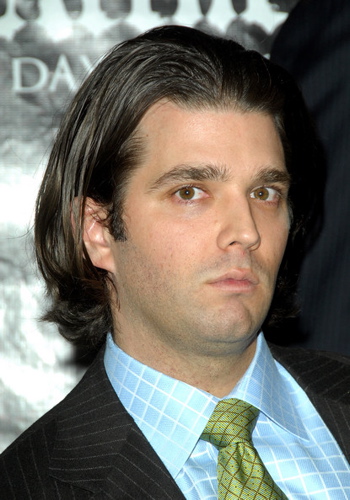 Donald Trump Jr or Mini Trump, will do anything in order to escape his fathers large shadow that has been cast over his head for his entire existence. However he is not satisfied with the opportunity to work in the Trump Organization on projects like Riverside Drive, the redevelopment of the Delmonico Hotel, and also being feature on his father’s hit “Apprentice” show. Junior has bigger ideas for the Trump Organization, he wants to RULE it, and his new Reality show is about exactly what he wants.

“Keep It In The Family” is not a back-woods Granny Clampet show about Incest in rural Pennsylvania. Though it sounds like it, it actually features Junior trying to convince heirs to take over their patriarchs’ businesses. If that is not a cry to daddy then I have no idea what is.

In a year where children milking their parent’s success is a new Reality show fad, Junior’s show really does not surprise me. Look at the garbage that MTV and VH1 has been producing not only this year, but over time.

Sweet 16, which is relatively old but about kids abusing their parents for ridiculously large birthdays involving up to 200K in gifts.

Teen Cribs, which involves children showing college kids and young adults how awful their childhood was because their parents did not raise them with a bowling alley in their basement.

You’re Cutoff, which features a large amount of heiresses whose parents sent them packing to try and do their own thing. – This show obviously is just a plot to get their snobby little bastard television time, because trying to go down on every A-list celeb wasn’t working.

Unfortunately, Junior will get views, so many views that I will be forced to watch, gloat, and want to interview the prick. Just as sex and scandals of all sorts sell in the media, sadly, so do the stories of these rich brats. However, while you sit and watch “Keep It in The family,” remember this….The stunningly enhanced Ivanka Trump is the child that is considered the most Business Savvy out of Donald Sr’s children. So as much as Junior acts like a little Andrew Giuliani, rather than seeing a testosterone filled douche, you’ll be seeing a pair of actual (though fake?) breasts and long blonde hair.