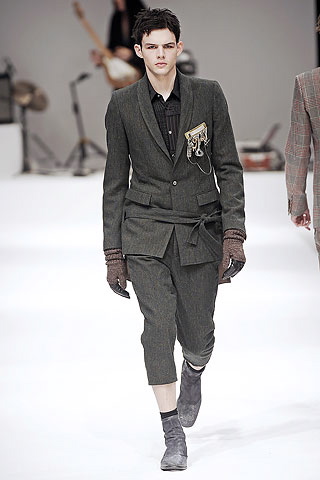 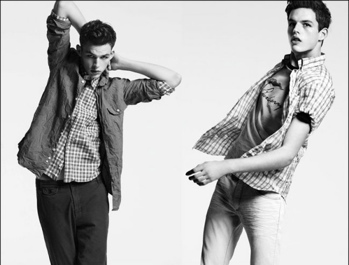 Isaac Likes: According to the friend, “He did the Versace fitting this morning. After that he was supposed to go to his agency but he never arrived. I don’t know if it was suicide or if he fell.” His agency declined to comment. Nicon was a top show model, and had walked for Burberry, Louis Vuitton, Costume National, Versace, Kenzo, Gareth Pugh and Hugo Boss among others.

The industry has been rife of late of the traumas involved in modeling that usually does not get discussed in public, preferring instead to concentrate on the grandness and the illustrious nature of those models that do make it. That said, the pressure to look ones best, to abide by rules and aesthetic requirements which are never obvious and forever changing has said to cause a lot of unease in those individuals trying to pursue a career in fashion. Too early to tell whether Nicon’s death was a suicide or not, the mere fact of his death has once again haunted the industry especially in lieu of the many suicide deaths in the last year pertaining to some of the top models, who one would imagine are above the pressures of making it- since they have supposedly already made. What may not be discussed in public is what does it actually take to make it these days, and given that most of its players are young participants, usually away from family and friends, the pressure can be overwhelming, especially in light of an industry that has very little loyalty.

He is the eighth model to die in the last two years (including Ambrose Olsen and Lina Marulanda this year alone). As a fellow model said this afternoon, “People think we are young and beautiful and rich and happy. But we’re not. We go to castings and the directors take one look at us and then we’re dismissed. You spend your whole life wondering what’s wrong with you. Why didn’t I get that job? You’re competing with your friends, you’re away from your family. The pressure is huge. It’s not the fairytale life people would expect.”

Reflections of a former Male Model.