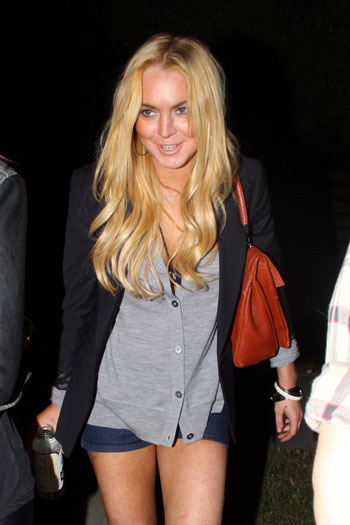 Lindsay’s assistant has decided to say goodbye. The assistant, Elinore, has wanted to quit for months, RadarOnline reports, but felt guilty about leaving the actress during such a stressful time. However, it seems she just could not take the crazy hours and odd behavior anymore — and officially quit yesterday.

Now poor Lilo is out on her own with no one to assist her. But fear not, how hard would it really be to be her assistant? Well of course, Elinore did not appreciate “Lindsay’s bossy attitude, working long hours and sometimes not even getting paid,” a well-place source tells RadarOnline.com. But that is because she wasn’t firm with her.

What Lilo needs is a man in charge, someone that will not put up with her bullshit, partying, and most definitely… her family. Someone that is not afraid to tell the bitch, “Listen, you have a court appearance at 12pm. We do not need to be flying to your dad’s new “nightclub”or hanging out with your skank of a mother. It is time to get your shit straight woman”.

That is all Lindsay really needs…a strong, firm companion. Poor girl has been through a lot, and yet while every entertainment journal should Thank her for being so fucked up and giving great news, there should be some driving force besides the law, helping this shit show out.