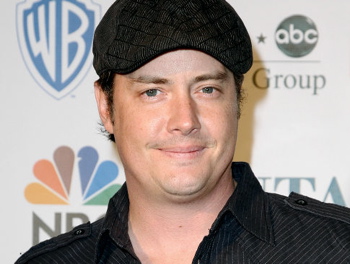 The inconveniences of being a tabloid star.

Jeremy London was just minding his business, being his usual fabulous self, now that drug rehab was all over and done with when something sprung out of the blue and forced him into a nightmare of hellish proportions. What type of nightmare?

Which couldn’t of have been too much fun, especially to a former opiate recovering drug addict. Which is not to say this was what London may have been doing as late as last year before he was forced to clean up his act.

London, who was busted in 2004 for alleged drug possession and admitted he went into rehab last year for an addiction to prescription pills, told investigators he was nabbed by the pair while changing a flat tire on the evening of June 10,

The armed duo then threatened to shoot him and forced him to smoke either crack cocaine or amphetamines, the officer said.

To be candid this sounds like the perfect Jeremy London fantasy as opposed to nightmare. There are people out there now looking for these perpetrators, begging they too get put through the same ringer London was put through.

“He spent hours thinking he was going to die and he did what he had to do not to end up shot or dead,”
Eventually London escaped and the perpetrators were arrested, but one does wonder how much more civil this would have been if the assailants approached London and just told him outright that they had a treat waiting for London. Hell, they’d still be in some bunker smoking that bitch up.
SHARE
Facebook
Twitter