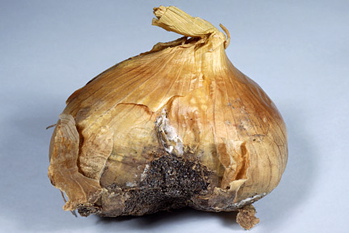 The downside of America’s favorite hobby…

News released today lays claim to the idea that not only will consistent use of cocaine lead you to mistaking most of your life as a rock fest starring all your favorite degenerate friends but it will also leave you looking like a bleached onion. How bleached? Let’s find out…

Rotting flesh? That sounds a tad inconvenient. Hallucinations, and minor heart palpatations one can make allowances for, but rotting flesh- that seems a tad too dismal…

“If you are a user of cocaine, you should be aware that some of the cocaine is not clean and can have other agents that can cause you to have a low white-cell count or skin tissue death,” said Dr. Ghinwa Dumyati, an associate professor of medicine at the University of Rochester.

Can we infer then that cocaine users begin grilling their dealers as to the cleansiness of their product say the way one pokes their fingers in a ripe melon to see if it’s not to ripe? Wouldn’t a durable strainer do a good job of extracting all the Johnson and Johnson’s baby talcum powder, and all those other ingredients one finds at the back of a rat poison depository?


In a report in the June 1 issue of Annals of Internal Medicine, Dumyati and doctors from the University of Rochester Medical Center discuss two cases involving women with a history of cocaine use who came to the hospital for help when they noticed purplish plaques on their cheeks, earlobes, legs, thighs and buttocks.

Their profiles were typical of toxicity with levamisole, the doctors reported. The medication is a veterinary anti-worming agent, approved for use in cattle, sheep and pigs. It was once used to treat cancer, autoimmune diseases and kidney problems in humans, Dumyati said. It’s no longer approved for use in people in the United States, she said, because of adverse side effects.

Isn’t it thrilling to know that you can also get a hearty dose of anti worming residue in the back of your lungs? Which would also imply looking for a thin angular tube you and your cohorts can jiggle down each other’s throats and nostrils to extract all the levamisole yummies your portable strainer couldn’t quite get to.

In the new report, the doctors concluded, based on the women’s symptoms, that cocaine laced with levamisole cannot only cause problems with white blood cells — a problem previously reported — but also death of the skin’s outer layer. They said that physicians should suspect cocaine abuse when they see patients with skin lesions caused by tissue death.

So what would you rather have, rotting skin or a long thin tube scraping the insides of your gizzards?