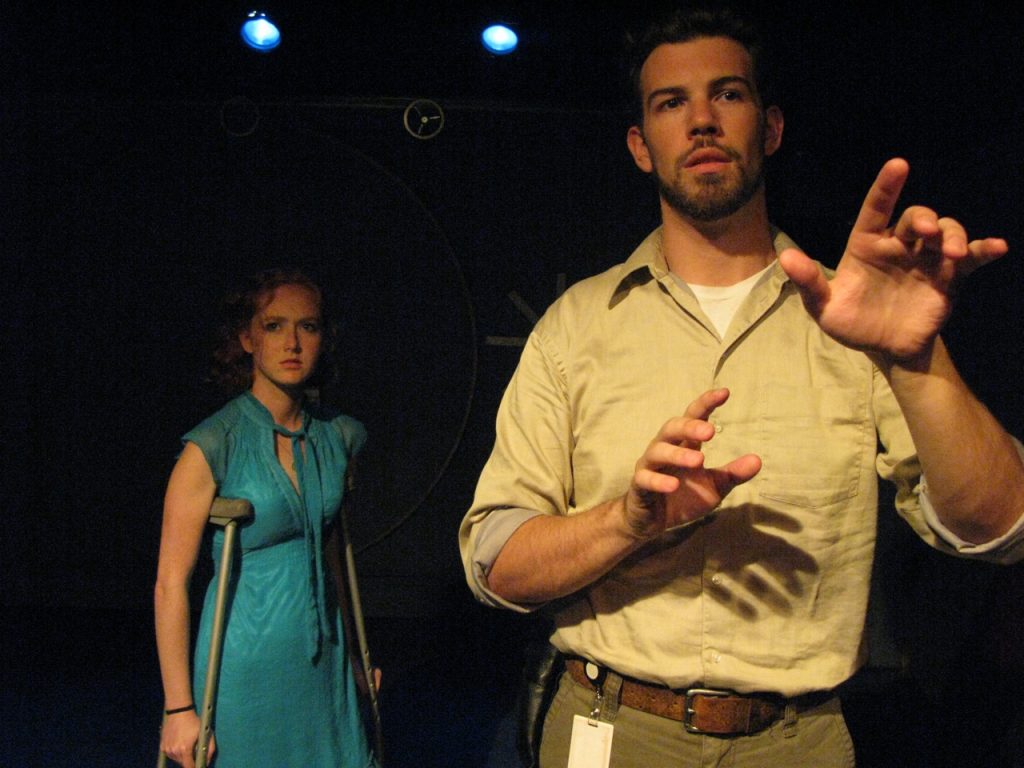 Rebecca is a seemingly fragile thing with a mysterious past. Parsons, her father, has raised her by himself since the death of her mother, Naomi.

I’m not going to divulge any more of the plot, but hopefully it paints you enough of  a picture.  Let’s get to the meat of it: It’s far from the best theater I’ve ever seen.

For every element that is superb, there are pieces that seem against the grain; and it’s hard not to notice that the Vault—the epicenter of the show’s struggles—is a large wooden disc with a calculator on. Really. 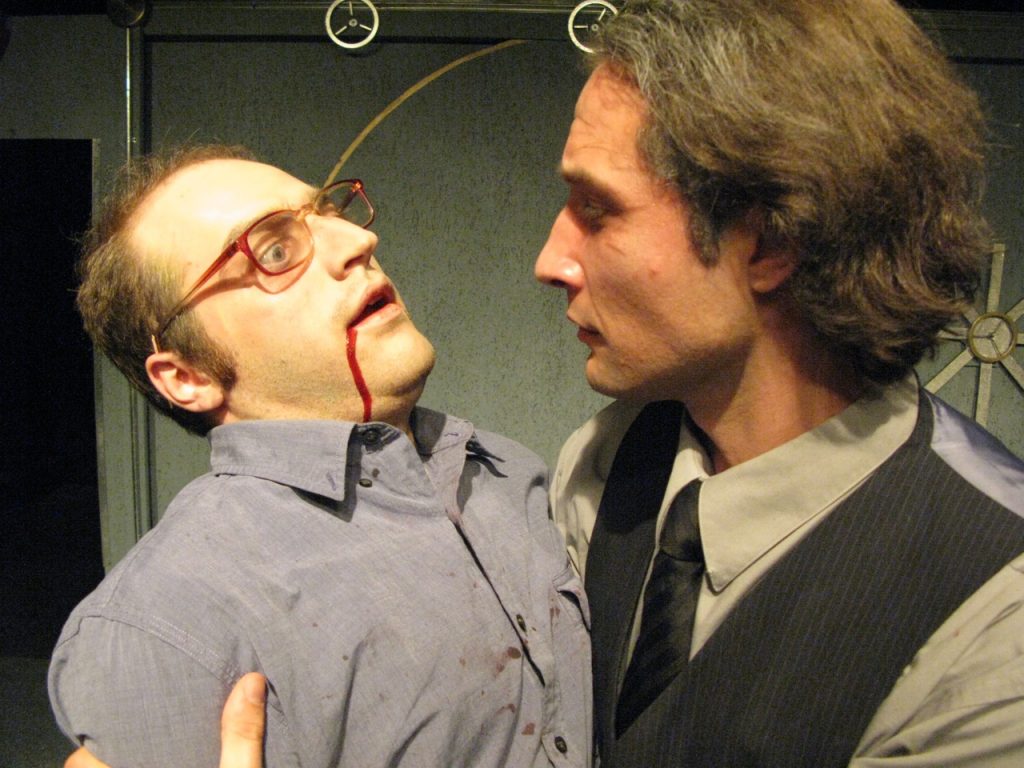 Dramatic music plays over scenes that don’t need it, and at least once I was distracted by thoughts of trying to recognize the score, over watching the action unfold.

It’s an uneven script. The first act drags in places, but the second act begins with a sharp vignette of hallucinations, flashbacks and conversations with dead people that clearly suggests things are rapidly going to get worse before they get better. Things really get interesting, here.

The show positively reeks of The Outer Limits and select episodes of The Twilight Zone—shows known for their unforeseen twists and tragic turns.  Gods at the End of the World has these in spades.

The acting is largely excellent. Trevor Kluckman as Jacob carries a good portion of the show.  We feel his despair and exhaustion every bit as much as we hope he finds what he’s looking for.  Despite this, he has a temper, he is isolated, and he is self-destructive… difficult aspects to pull off with sympathy. Trevor does so with balance and poise. 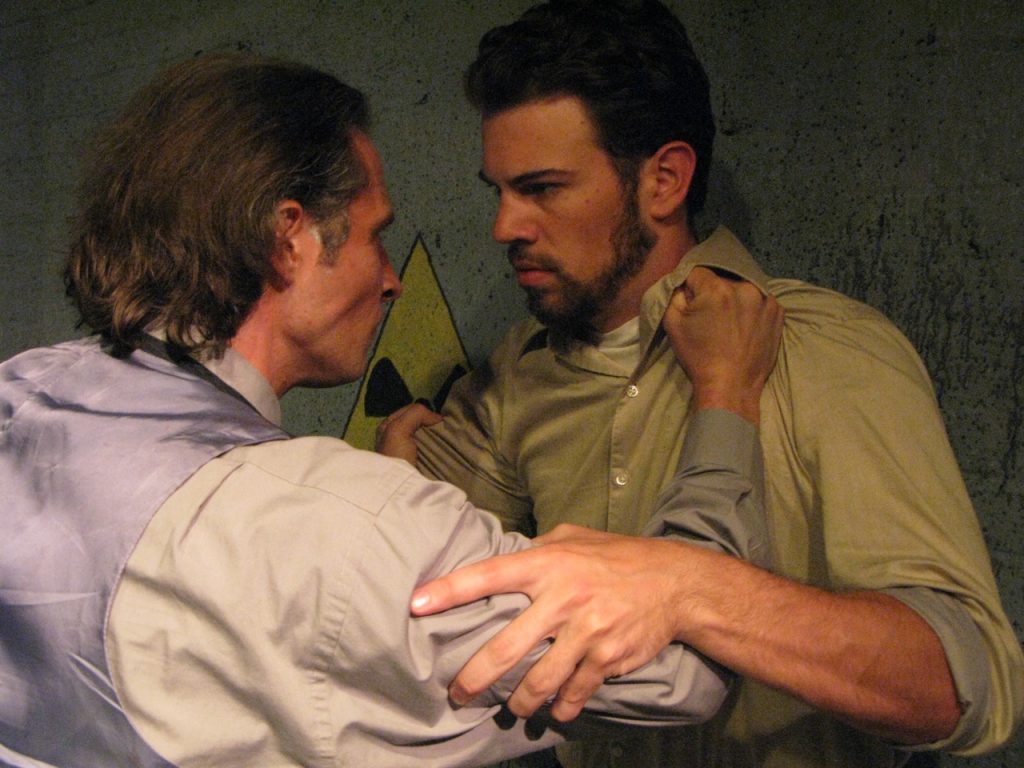