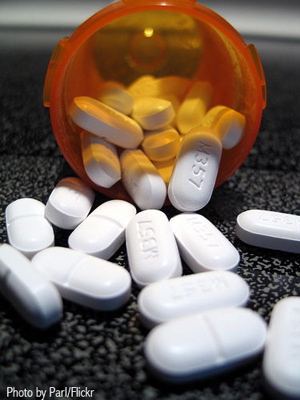 Note to self: if I move to middle-America, leave sense of humor in New York City. It seems a 21-year veteran Police and Fire Department dispatcher has been fired from her job after posting a funny on her Facebook page. The newly unemployed, Dana Kuchler, joked on her page that she was addicted to “Vicodin, Adderall, quality marijuana, MD 20/20 Grape and (absinthe).”

We’re not sure how this is funny, it seems rather boring and pointless to us especially in a world where you could be actually be addicted to funny things. Had Kuchler said she was addicted to sex with a furry while intoxicated on the sweetness of grape Mad Dog 20/20, then maybe we would have smirked but it seems to us that people in Wisconsin just aren’t very funny.

The City of West Allis defended their decision by saying that Kuchler’s “stupid jokes on Facebook where the line between public and private communications is admittedly blurred, calls into question that good judgment and common sense of the grievant and her resulting ability to perform her job.”

Listen, we can’t all be Sarah Silverman, but firing a woman because she has bad sense of humor, now that’s just low. Being unfunny is a sad state of affairs, and something that can’t be changed; it’s like firing someone for being born short or tall… honestly, it’s discrimination.

In firing Kuchler, the West Allis Police Chief wrote that Kuchler’s Facebook posting “destroyed the city’s trust and confidence in (her) ability and integrity” as a dispatcher and was “an embarrassment to the city.”

Hopefully, this “embarrassment to the city,” has learned to not only block fellow employees and employers from her Facebook page, but has also learned how to use all of Mark Zuckerberg’s fancy new privacy settings. If she can’t be funny, then she might as well hide her unfunniness from the world. And yes “unfunniness” is a word.