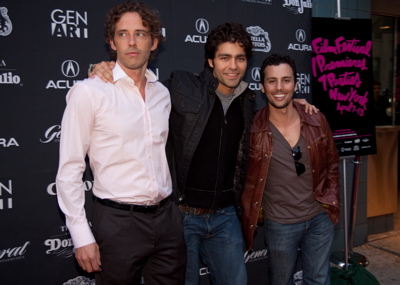 physical reaction, but hearing this fact made me instinctively look away from the movie screen, if only to immerse myself in the reality of the dark theater for a moment. The only thing we do more than look at screens is sleep.

This film argues that the world behind the screens has become the dominant community in our society, replacing towns and families as our connection to the world. In a small town, everyone is a celebrity because everyone knows everything about everyone. But in the world at large, we no longer have that connection with the people around us, so we develop what’s known as parasocial relationships with athletes, film and television stars. Parasocial describes relationships where only one person knows the other: they are the relationship we all have with, say, Paris Hilton.

Hilton is one of the many celebrities who makes a multi-layered appearance in this movie: behind the camera, which is being filmed, which is being photographed, being put in a magazine, which is then being filmed for the documentary. This film is so meta it’s difficult to write about with any clarity. Grenier, in the Q&A after the film described the goal as a “hall of mirrors” and it felt that way from the start. Standing outside, speaking with Grenier about his paprazzo film, with paparazzo standing nearby, taking pictures of Steven Sands the paparazzo, who was taking pictures of Adrian I felt like I was part of a whirling dervish of media. The issues explored in this film are complex and an insidious part of America. This is a movie that sticks with you and holds you in its grasp long after even the hardiest starlets have left the after party. 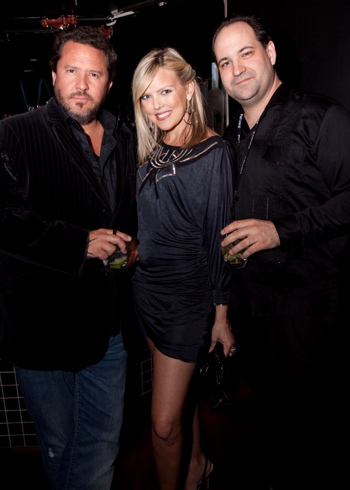