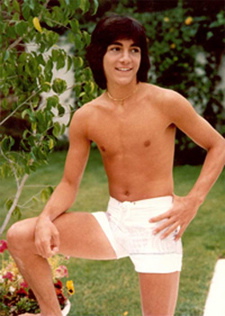 There was a period in Scott Baio’s life where most of America looked up to him and were hungry to give him a peck on the cheek. That moment unfortunately for Scott has long come and gone. These days he finds himself a pariah figure who just can’t help screwing things up. Huffington Post further explains for us the demise of the Fonz’s nephew- Chachi.

It all started last week when he tweeted, “Taxes are DONE…That should feed, house & provide medical for a few lazy non working people at my expense. Have a great Monday!”

Jezebel.com published this tweet without comment in their daily Tweet Beat, and Scott started getting testy, calling the Jezebel editors ignorant racists, hypocrites and worse. The next day he continued the fight by tweeting a picture of a bikini-clad girl riding a broomstick, as a definition for jezebel.

Then Scott’s wife, Renee, came to his defense and things got really ugly. Renee unleashed a homophobic rant on her Facebook page, calling the Jezebel staff “lesbian shitasses.”

Wow- there’s nothing like wetting the appetite of the media more than a has been taunting them as homophobes, racists, hypocrites and racists especially when you are one yourself. The fact that this idea escapes Chachi is too delicious, and watching ChaChi misbehave is like watching the Fonz reaching over with a brick to his young stupid nephew’s face.

Of course ChaChi does not work alone and to his credit has found the soul mate to accompany him on his downward spiral to oblivion. That of his platinum peroxide blonde wife- Bimbi, Renee.

Renee updated her Facebook page justifying her hate speech by the existence of lesbian friends. Renee also has a black friend, and a few months ago Scott repeatedly pointed to this woman, tweeting pictures of her, to prove a distasteful Michelle Obama joke was not racist.

In short we don’t think it’ll be long before there is a letter from the immigration department kindly asking Chachi and his platinum blonde mess to hike it to Canada.

Scott Baio is no longer welcomed in America.