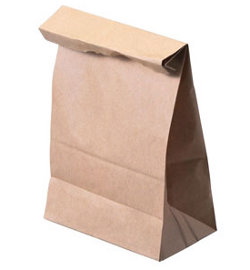 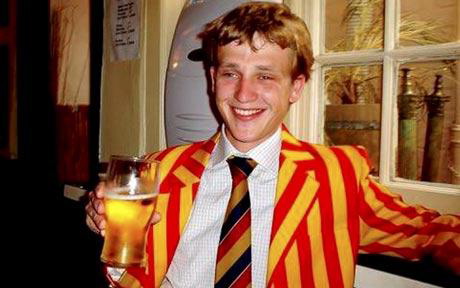 This article comes  courtesy of Society’s Choice whom this Editor is very fond of.

When I lived in London I would NEVER have asked for a doggy bag. This is for two reasons. First the portions in the UK are so poor that I could easily get through my meals, but mostly for the second reason which is that on those occasions when I had something left on the plate I just… could never muster up the courage to call the waiter over to wrap up my left-overs to go.

May be I would consider it if I could text the request and have the waiter meet me behind the restaurant for a drug deal type hand over. In NY of course there is no such hang up in any of the fine eateries that generously populate Manhattan. When I first moved to NY I was truly amazed at how people would happily and proudly declare “boy I am full, I am taking this to go”. These are first dates, family dinners, formal evenings, company gatherings.. Regardless of the event or the venue, the brown bagged, well prepped, efficiently presented meal-to-go is just a normal part of eating out.

What does this say about the difference between London and Manhattan? I wonder if this is about the British sense of class and appropriate behavior. Our illogical need to impress our ‘betters’. The commercial class structure that determines what is and what is not the done thing. Whereas in NY there is just a no nonsense attitude that dictates behavior in such a way as to promote the most simple idea – I am not going to leave this great food to waste versus the Britishness that almost suggests at every turn that asking for a doggie bag is like admitting you do not have enough money to eat for the rest of the weekend.

It is a little like the British reluctance to take pictures in restaurants as this communicates that being in the restaurant is so special that it requires photographic evidence. “Oh poor people, this must be a special occasion where as for us it is simply a Tuesday”. When did the British get so worried about how others think? More to the point, why don’t we stop?

I had two patterns of behavior that changed when I came to NY. First I slowly became more and more comfortable with asking for my left overs to be wrapped. Eventually I even went so far as to actually eat the left overs rather than simply throw them out 3 days later (often forgetting which restaurant they came from). The second is that I actually started redeeming coupons. This society is as much about mailing in rebates and taking out doggy bags. The transaction is much more open and transparent. I want to get the most I can from this experience. I love NY for that. It is not so much shameless in this regard as it simply does not comprehend shame in this context. It is.. well natural.

For all of my adaptations I still have one hang up though. I will get the bone and a few scraps of meat wrapped up at Primehouse on Park Avenue but I still won’t get my picture taken there. A part of me will always be looking over the shoulder wondering who thinks I can’t afford the cab ride back to midtown. I am Pathetic, actually – I am simply too English!