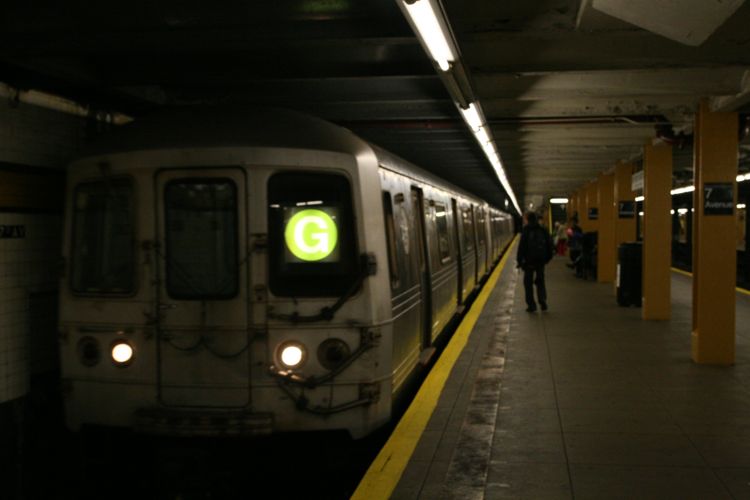 Some things you should just never do, one of those things includes trying to retrieve something that falls onto the subway tracks. In fact the ads up and down the subways warn against it, but then again not everyone understands what’s at stake until it’s all too late.

The gruesome facts as they appear from NY Post:

A woman was crushed to death by an oncoming subway train at the 77th Street Station in Manhattan this afternoon after she jumped on the tracks to retrieve her dropped purse, police said. The horrific incident occurred on the crowded northbound platform shortly before 4 p.m. when the woman, described by police as 48-years-old, somehow ended up on the tracks as a train barreled towards her.

Can you only imagine the feeling this woman was feeling at that very moment as the train is approaching…? But what to do as the train comes closer and closer?

As the No. 6 train headed towards the woman, onlookers screamed to her to lie down between the tracks.

The fear, the desperation…

The motorman sounded his horn eight times to warn her, witnesses said.

The confusion, the terror…

Other witnesses said it appeared that she was trying to climb back up..

What to do? the train getting closer…

And that’s when her life ended. And then the real pandemonium ensued:

“All I saw was her head sticking out. She was stuck where the door is,” she said. It was chaos on the platform as straphangers shrieked with horror upon seeing the shredded parts of her body, witnesses said.

Why don’t people just pay attention? Is it ever really worth to put yourself in such a risk. Oh the horror…

The woman, Rose M. Mankos, was a lawyer who had previously worked for the state, the authorities said.- NY Times