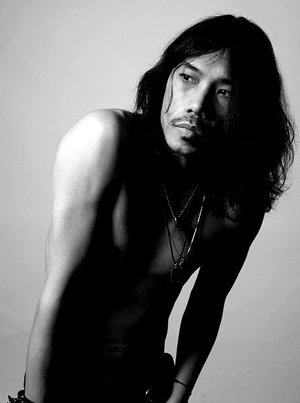 What happens when a sexy artist gets together with a supermodel who happens to have a skinny Macbook air in her bag?

Exactly the kind of sultry bohemian behavior we all hope to witness online. At about noon time Saturday March 27th,  artist Skye Nicolas sent out a tweet on his official Twitter page informing everyone of an impromptu broadcast via Chatroulette: the popular webcam site that has recently made headlines featuring celebrities such as Kate Moss getting in front of her webcam and getting chatty with random online gawkers.

Our source reports that Nicolas and his female friend rendezvoused at the elegant Mark Hotel at East 77th Street on the Upper East side after coming from a very late after hours party at 7am. Nicolas sent out his Tweet around noon which was received by 20,000+ of Nicolas’ followers on Twitter.

One clever fellow was not only able to catch Nicolas and his svelte friend on camera, but recorded approximately about 8-10 seconds of live footage before the transmission was cut off. The alleged video shows a disheveled Nicolas and his topless flirtatious friend in their hotel suite laughing as they caroused while sharing witty jokes about art and fashion. The video has now been removed from YouTube and Vimeo to protect the model’s identity.

Inside sources have remarked  that “she is a known face who has a handful of ad campaigns coming out this summer, and this is not the sort of video clients would want to see”. No other clues pinpoint the name of the mystery beauty, only that she’s in one of the featured editorials in this week’s edition of Fashion Gone Rogue. She is also said to be Nicolas’ pal on Facebook.

We look forward to more of Nicolas’ spontaneous broadcasts, and hope that next time we’ll be able to partake in all the naughty fun. Kudos to both Nicolas and his sultry friend, you both deserve a medal for doing your part in livening up the rather overtly well-behaved New York scene.

Skye and his “friend” have checked out of The Mark Hotel NYC at 3pm EST, and Tweeted these details in response to another curious model friend: