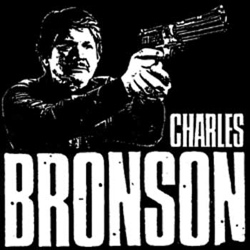 Crime and disarray in Biology departments.

Well here we go again, more crime in the school classroom, but instead of it being some phschyo student weaned on Charles Bronson films, this time it involved an a grade professor who just lost the plot. Harvard trained AmyBishop, a neurobiologist, which kind of sounds fancy and maybe like she’s kind of smart or something, not that we know what thoze thingz meanz kinda just lost the plot. Reports the NY Post, another literary journal to be sure:

Ng said the meeting had been going on for about half an hour when Amy Bishop “got up suddenly, took out a gun and started shooting at each one of us. She started with the one closest to her and went down the row shooting her targets in the head.”

Well, maybe the meeting was just frustrating her or maybe Amy is just plain frustrated no matter which way you cut it. Not that living in Alaska or we guess any part of modern America isn’t frustrating.

Ng told the AP the shooting stopped almost as soon as it started. Ng said the gun seemed to jam and he and others rushed Bishop out of the room and then barricaded the door shut with a table.

Not the dead bodies? But it gets better? Because you all know when a killer is on the loose, even Harvard types, you have to run to the woods.

Ng said the survivors worried she would shoot her way through the door, and frantically worked up backup plan in case she burst through. But she never did.

Of course there must have been some clues that our dear college professor had an affinity for the ‘crazy shit’ you and I usually stay away from?

In 1986, Bishop shot and killed her 18-year-old brother with a shotgun at their Braintree, Mass., home. She told police at the time that she had been trying to learn how to use the gun, which her father had bought for protection, when it accidentally discharged.

In any event, life sort of goes on, while Amy Bishop gets to face up to the following facts- as arrested and charged with one count of capital murder and three counts of attempted murder.