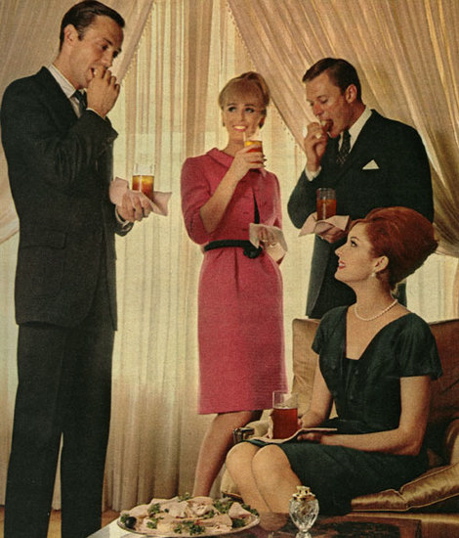 Now, we here at Scallywag & Vagabond have a self-proclaimed duty to ‘report’ on matters of etiquette and manners, and other things we deem fit. Still, it seems apropos to take an actual look at what that means, and the ramifications it carries.

We all know a gentleman (or lady) is someone who knows how to behave in public. But why behave? To look good? To be impressive? To lead by example, and hope others would follow their sterling three-piece paradigm? Mm?  Of course, one easy answer is that “It’s the right thing to do.” I might as well say “Because”. No thank you.

“Sometimes it’s nice to be important, but it’s always important to be nice.” One of a thousand cloying aphorisms coaxed down our throats by well-meaning mothers who never spent much time in New York. Politeness counts, yes. People typically notice when a door is held open for them or a chair is pulled back (or, at least they notice when that person isn’t wearing a doorman’s uniform). Politeness most definitely counts. Whether it counts for or against us is where things get sticky.

Somewhere along the line of growing up, the lesson of ‘be polite’ also included the subtext ‘don’t speak up for yourself’. Back down from confrontation. Being nice became synonymous with being soft.  And we’ve all learned—some of us the hard way—that nice guys finish last.

The alternative, we’ve found, is to misbehave.  It’s easy, it’s fun, it’s relaxing, and can put you in a very ‘now’ state of mind. That’s healthy. And haven’t we applauded misbehavior, to some degree? Oh sure, nothing so serious as first degree murder or producing Uwe Boll films, but the so-called ‘little things’ we can wag a finger at. Getting a DUI in which no-one was seriously hurt. Getting caught with a woman other than your wife. Spending a night in jail…

It may not be charming, but it does have that tantalizing allure of, “Boy. I can’t believe they got off so light. How’d they do it?” We can’t keep our eyes off it. The quiet ones, the polite ones, they don’t get noticed too often. They do their thing and they don’t hang around for praise.

Which is rather the point. In contrast to such easy, flimsy attention paid to people that make an utter spectacle of themselves; people do behave. People of integrity that do the right thing on a regular basis. People that make life easier for the people around them.

Despite chivalry’s long-standing coma, these extraordinary individuals behave because they should. And if they didn’t; we’d all be going to hell in a hand basket that much faster. Someone has to be patient. Someone has to be willing to compromise. God knows we don’t all manage.

So. To those whose earnest good behavior has kept them out of the limelight thus far, I say cheers and thanks very much.  Your next round’s on me.