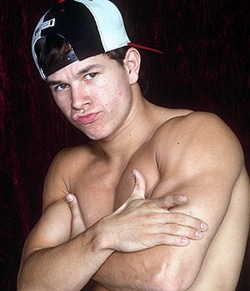 It’s undeniable that since the Beckhams moved from their abode in England over to America, they have become a fixture of the media. It seemed like they could do no wrong — despite Victoria being a tad too skinny for normal standards, and David having an uncharacteristically high-pitched voice for such a soccer hunk — just saying.

Mark Wahlberg, however, has broken that streak. Wahlberg, who lives on a street in Beverly Hills, is now starting beef with these two. Apparently, the street that Wahlberg lived on before was quiet and peaceful, until the infamous English duo moved in. He states, “Man, the Beckhams. It used to be so quiet on my road. Then David moves in with his family. Suddenly we’ve got paparazzi hanging out day and night. Now they’ll follow any car that drives down the road…I’m not telling Beckham to take his family home. I’m just not sure why he came to America in the first place. Man, we don’t want your soccer. There’s no way Americans are going to buy the idea of 90 minutes of running around without much happening. Thanks for trying guys, but we’ll stick to baseball and basketball.”

Unfortunately, I don’t think this “threat” is going to send them anywhere. Despite the fact that Americans might not be into soccer as much as basketball and baseball, they sure are into Beckham’s good looks and the underwear ads that show off his substantial…abs. Seriously though, who made Wahlberg the spokesperson for America? Maybe he should just tough out the paparazzi (after all, they would jump like rabbits if Wahlberg snarled at them), or just bend it like Beckham, and smile for the cameras — they might not be around in a few years, Mark.