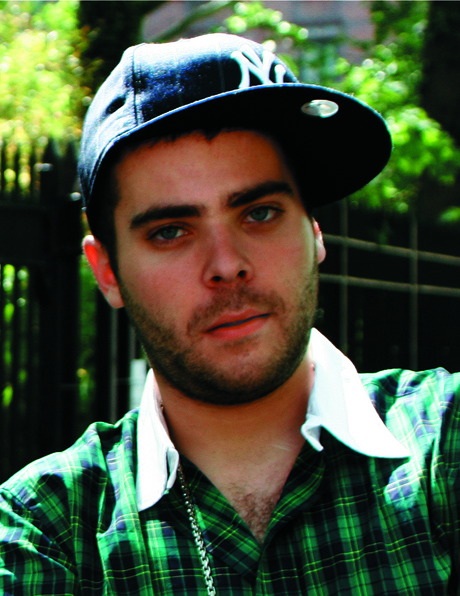 When thinking of the Hamptons, glitz and glamour are certainly two things that come to mind…edgy, experimental DJs, not so much. On the contrary, uncovering such a treasure is what makes DJ Vibe all the more interesting. The Hamptons native, NYU graduate with a masters in music technology has worked with acclaimed labels like Def Jam. Likewise, he has made quite a name for himself among the underground DJ circuit. As a testament to his success, the DJ is currently in Japan doing parties and cutting tracks with Japan’s finest.

Intrigued with this beguiling world trotting talent after his music came to our attention we decided to sit down and put DJ Vibe otherwise known as Zach Hellman through his paces. What follows is an intriguing take on the world of DJ-ing and that of one of its current masters.

– When did you start playing music?

I started playing piano and bass guitar at 10 and began DJing at 14.

– Your music is a mixture between hip hop and techno. Why this genre? Who are your influences?

I don’t consider my music to be under any genre, because I play everything. I have found that musical genres mean little to DJs, and this ambiguity is what makes talented DJs such interesting people. DJs are blessed with an ability to merge genres, leaving nomenclature irrelevant. I believe this is what attracted me to spinning records. The lack of labels, and the ability to shift anywhere at any time is what I find appealing. I am most influenced by DJs like AM’s and Riz whose stylistic diversity, made DJs exciting again.

– Right now you say you are in Japan. What brings you there? What is the difference between your Japanese fans and American fans?

This is now my third trip DJing in Japan. I hold a residency several times a year at Feria in Tokyo. As for the differences in my audience, the people in Japan are much more open to my eclectic taste. They trust the DJ, or at least give him the latitude necessary to be creative. I have thrived in this sort of environment, and it is probably the reasoning behind my repeated visits. I also love the people here. They bug me out (in a good way) all the time. American audiences, particularly New York crowds, are more interested in what is current and popular. If they hear it on Hot 97, they will want to hear it again when they go out. This is why American music becomes popular all over the world.

– What did working with Def Jam do for your career?

I feel that Def Jam was just a place for me to learn how to be in charge of the music that I am going to listen to and play. When you watch a machine like Def Jam in motion everyday, you can see that even when you have tons of people involved in the process you have to stand up for your own opinions, even if it is going to hurt you. Working as a DJ allows one to be the musical authority, whereas at a record company you often have a smaller role in the musical process.

– What musical artists do you hope to work with in the future?

As a DJ, I use artist’s existing material to make something new. This is not to say I wouldn’t want to make something completely original with an artist. I like to aim high, so working with someone like Jay-Z would be the ultimate experience. But I love working with people who think like I do or are equally passionate about music. This is what made my collaborations with Max Barbaria so successful. He’s a real talented guy.

– How do you set yourself apart from all the other DJs in the industry? Does it pay off to be a more edgier DJ or a more commercial top 40 DJ?

I don’t think there are many ways to stylistically separate yourself from the norm anymore. When I first began DJing, clubs had two DJs; house and hip hop. They would alternate throughout the night. Today, everyone is expected to play everything, and rightfully so. In fact, experience seems to be the least necessary characteristic for new DJs. I enjoy taking edgier beats and mixing them with Top 40 stuff to create something cool. It really depends on the crowd and what kind of energy you are getting from them. This is why I like making mix tapes; you are free to do what you want. I make a new one every couple months. You can buy them on my website www.djvibeinc.com

– If you could name one pivotal moment in your career, what is it and why?

There was never just one thing that I could pin point as the pivotal moment. When the DJs I admired and respected started to become my peers it was an important time. Also DJing for Bill Clinton was pretty amazing.

– What advice do you have to entrepreneurs and aspiring DJ’s?

Decide what you are about, and be about that. It’s tricky out there, and people who are down for you at one moment may not be there the next. As corny as it sounds, be true to your purpose, and most importantly, yourself.