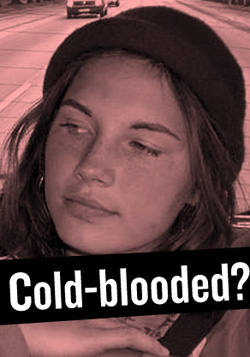 Uncertainty and ill-ease in Italy.

Amanda Knox, with her former boyfriend, Raffaele Sollecito, was convicted on Friday of the murder of British student, Meredith Kercher, and sentenced to 26 years in an Italian jail, but it seems that serious doubts remain as to the quality of the evidence on which Knox was convicted.

Knox, 22, will have to wait three months to hear the reasoning behind the verdict of the eight-man jury who convicted her before she can begin appeal proceedings against the conviction, a process which, even if successful, may take years. Legal experts are optimistic though about Knox’s chances at appeal. Renowned criminal lawyer Ted Simon told Good Morning America that “the lack of evidence is both compelling and profound,” and that the conviction was in spite of the fact that there was “no sweat, no saliva, no DNA of Amanda Knox” in Kercher’s bedroom.

Feelings are mixed about the verdict, which is unsurprising in a case that has followed so many twists and turns and so captivated the public interest. The media and the public are torn between the contrasting images of Knox as a heartless killer who lured her friend into a lethal sexual game and was allegedly witnessed doing cartwheels and laughing whilst in custody, and as a naive victim of what some have called a “Kangaroo court”. The media have lapped up the irresistible story of an angel-faced and childlike girl cast in the dual role of cold-blooded killer and innocent victim of circumstance.

The media frenzy has caused problems in itself, casting doubt on a judgment passed by jurors, made up of two judges and six civilians who had not been sequestered and were free to read every detail of the case in the media, and there has been much American criticism of the Italian court system, which gives the presiding judge “a great deal of discretion over the use of circumstantial evidence,” said a criminal lawyer, Manrico Collaza, but says that the appeals system, which is much more open than that of the United States, acts to balance this. “Many defendants have been saved by it.”

“It’s not that one doesn’t get a fair trial,” Massimo Consolini an expert on international law told the New York Times.  It’s about “how long it takes to get justice.”

Some responses to US criticism have been less measured though, with Corriere della Sera, Italy’s leading newspaper, writing today that in  America “the Passport is more important than the alibi … The (U.S.) administration cannot close Guantánamo, yet it finds the time to think about Perugia.”

With Knox’s family insisting that she is innocent and that they will do everything they can to support their daughter, we are not expecting this story to go quiet any time soon.

Mother of Amanda Knox Tells Her to Have Courage – ABC News

Italy – No Issues With US Over Knox Verdict – NYTimes.com