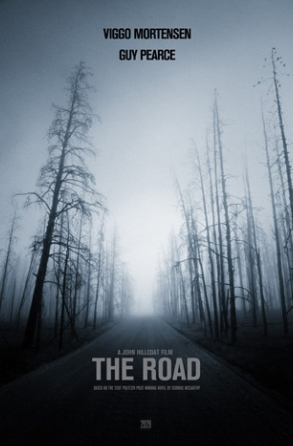 The path to this film’s release has been rocky. Hollywood conventional wisdom says that test audiences found earlier edits of the post-apocalyptic tale to be too bleak and depressing – a hiccup bound to be unsurprising to fans of the book. The movie was yanked shortly before it was due to hit theaters. After almost a year of reworking a trailer was finally released and the internet, as always, reacted loudly. Bloggers decried the triumphant, swelling music that accompanied the quick edits that usually signify an action flick. Of course fans who read the book first always worry that the film adaptation won’t be as good, but in this case the alterations in tone looked especially egregious.

So how faithful is director John Hillcoat‘s adaptation? It’s safe to say that the book clubbers will be appeased. Aside from a well-done expansion of Charlize Theron‘s role as the Woman, the movie follows McCarthy’s often-gruesome work closely. The cinematography is incredible, and Viggo Mortenson‘s Oscar-worthy turn as the Man is alternatingly tender and fierce, hopeful and despairing. At the New York premiere, a thoughtful Mortenson spoke about the emotions the filming process evoked.