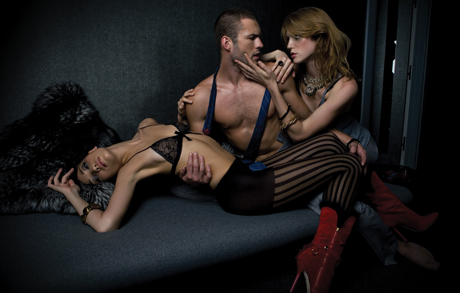 Initially a straight A art student specializing in figurative art, she admits she found the transition to photography difficult. “I felt like photography was too easy, like I was cheating in some way.” But then says, “I realized I was basically just painting my photos.” With the advent of programs like Photoshop she has come to accept that it is painting anyway, just on a different canvas.

Reka’s career looked promising as a young artist, but after struggling to find space to paint in New York and when the lure of serious money presented itself, the modeling world soon had another beautiful toy to play with. Over the next three years she traveled the world, until the fickle industry finally took its toll on her, as it does on so many. She was also not alone in feeling objectified by it. “ I never wanted to say, “I’m a model”, I would just say I was an artist.” When I asked her how her past career had shaped her as a photographer she says, “I think it taught me what not to do.”

This is one lady who doesn’t suffer fools either, after one male client made a model feel decidedly uncomfortable while she was rather scantily clad, she had no qualms about letting him know he had to leave the set. The result, “Oh, he liked me even more after that!”  Which is not hard to imagine. Reka is instantly likeable, with deep brown eyes that I’m sure swoon men and women, alike. She is chatty, while having a quiet strength and confidence which means lunch is a delight but I wouldn’t turn up on her set late. I can’t imagine her ever causing a scene, but there is a sense that she sees far more than most, that she has played this game before and is far better at it than she lets on. She likes working with “good teams”, no drama, and often surrounds herself with women, which I would have thought could be an even bigger mine field, but this is someone who gives the impression she knows how to deal with that. “If there is drama on my set, I don’t know about it,” which to me either means that there isn’t any, that no one would dare bring it to her attention, or that they simply choose not to bother her with it. Either way it says a lot about how she conducts herself and manages people.

After her three-year stint in the modeling world, she resisted her parent’s wishes for her to return to Europe – “They wanted to smoke me out of New York” – and fully immersed herself in the city’s night life. Her introduction to photography as a potential career option came about after one self-confessed drug fueled night. Arriving home early one morning and seeing the effect on her eyes she grabbed a desk lamp and a Pentax point and shoot and for the next four hours documented her own image. After having posted the results on various websites and having got a few thousand hits a day, it seemed she had no choice but to give the public more of what they wanted. A year and a half later she knew she could make a career out of it. 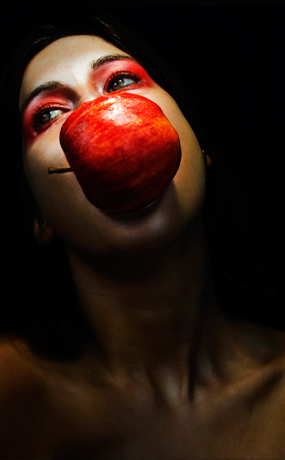 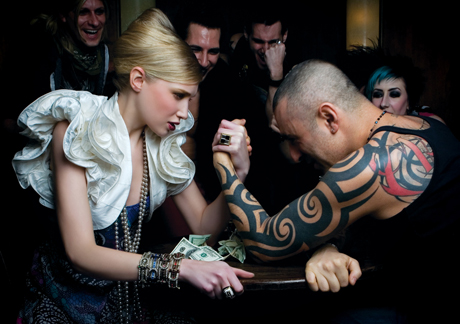