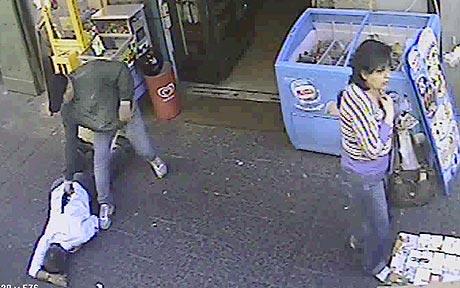 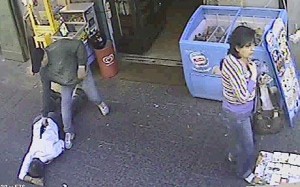 Apparently the perfect murder is not the most complicated.

You don’t have to be overly cunning, or even particularly subtle. All you have to do, it seems, is make sure that absolutely everyone is utterly shit-scared of you.

As the Telegraph reports:

Italy’s third biggest city Naples is home to the Camorra crime syndicate – a rival to the better known Cosa Nostra mafia of Sicily – and many locals have become resigned to violence on the streets after decades of deadly feuds.

Footage was released this week of the murder of Mariano Bacio Tarracino, reportedly connected with the Camorra. Tarracino was shot dead at point-blank range in broad daylight in a crowded street in May this year, but despite numerous eyewitnesses, and the fact that the shooting was actually caught on CCTV, the killer remains unidentified.

As the victim slumps to the ground, the hitman then finishes him off with a bullet to the head and calmly walks away. Blood can be seen spreading onto the pavement from the head of the dead man, who is still holding a cigarette in his hand.

A set of images of the murder were released by Italian police last week, in the hope that someone would be moved to come forward. Not likely, one speculates, when even the people caught in the frame with the hitman barely batted an eyelid.

A man holding a toddler in his arms looks at the victim and walks away, while a woman is seen rubbing off her scratch-and-win lottery card as the execution takes place. No witnesses have so far come forward.

Life in Naples, it would seem, is cheaper than cheap. Mind you, given the promise of a staggering €2000 reward for information relating to the crime, I’d probably keep my mouth shut too.