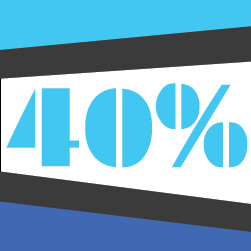 Oh, it is challenging being a woman. It’s just one dilemma after another. Here is one that has had our brows furrowed since the day some smart cookie discovered flashing a bit of ankle could get her a long way: how much skin is too much? We know that dressing as though you charge by the hour is a no-no, but that covering up too much gets you no attention at all. So where, precisely, is the middle ground that is just right? Well, fret no more, because scientists have answered that question for you, concluding that 40% of your skin should be revealed for “optimum allure”.
Four female researchers in Leeds “took note of what female clubbers were wearing and how many times they were approached by men asking them to dance,” reports the Telegraph. It seems necessary her to overlook the fact that, in my experience of British nightclubs, men approaching women and asking them to dance seems less likely a scenario than men sidling up to women and grinding against them, but we’ll let that go for now.
In what was obviously a very serious and highly scientific study (where, in case you wondered, each arm counted for 10%, each leg for 15% and the torso for 50%), these intrepid researchers armed themselves with tape recorders hidden in their handbags and discovered that women who revealed around 40% of their skin attracted twice as many men as those who covered up. On the other hand, those who exposed any more of this fared worse. Unfortunately, the study didn’t go into detail about which 40% worked the best, so it may be worth applying the rule with caution, and not assuming that any old 40 will do. For example, thigh high socks, long gloves and a balaclava may appear to fit the criteria but may not get you quite the attention you are after (though hopefully a little common sense would have told you that anyway).
Despite all of this, it is important to remember is that no amount of research will do you any good at all if you are just plain fugly.
Women ‘should bare 40 per cent of their bodies to attract men’ – Telegraph
SHARE
Facebook
Twitter