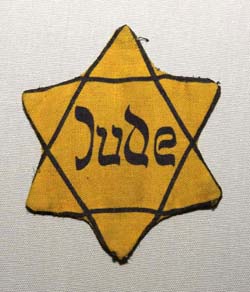 A judge in the UK has just ruled in what, on the surface, appears to be an open and shut case on a school’s admissions policy, but which seems to be dealing with a much more complicated question. Is there such a thing as not being Jewish enough?

A boy known to the court as M, an applicant to a top Jewish high school in London, had his application turned down despite being a practicing Jew from an observant family. The issue, the school argued, was that because the boy’s mother, who had converted to Judaism before marrying his father, had converted in a progressive, rather than Orthodox synagogue, she was not a Jew – nor was her son.

Rabbi Danny Rich, chief executive of Liberal Judaism, said “The Orthodox definition of Jewish excludes 40 percent of the Jewish community in this country.”

In an explosive decision, the court concluded that basing school admissions on a classic test of Judaism – whether one’s mother is Jewish – was by definition discriminatory. Whether the rationale was “benign or malignant, theological or supremacist” the court wrote, “makes it no less and no more unlawful.”

But rules are rules, you might say! That’s how Judaism works, who are we to argue? Religious schools in the UK are heavily oversubscribed and they retain the right to prioritize applications on the basis of religion. The crux (ha ha) of the case, though, was whether the school was rejecting the boy based on his religion or his ethnicity. By dismissing him on the basis that his mother was not ‘sufficiently’ Jewish, rather than on the strength of the boy’s own faith, makes it a case of ethnic discrimination. Quite clearly a big no-no.

The court used the comparative scenario of a Christian school refusing an applicant “on the ground that, albeit practicing Christians, the child’s family were of Jewish origin.”

We’d have an awful lot of empty Christian schools around for a start ….