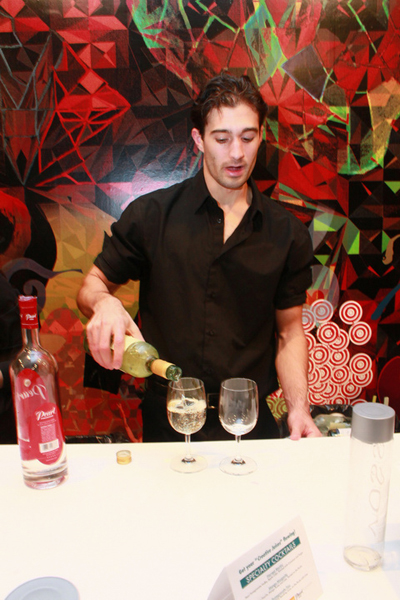 After sufficient drinking, the crowd packed into a space with floor to ceiling windows over looking the Hudson River where the live auction took place.  The speed at which most of the pieces sold was rather dizzying and the excitement was tempting me to throw in a bid of my own.  My favorite piece of the bid was David Barry’s photograph entilted “Canopy,” though Mark di Suvero’s “Wintertime W” was a close second. After the ten lots were auctioned off, supporters generously bid on several gifts that the museum was offering. All in all, it was a fun night. And what better cause is there than helping the children?