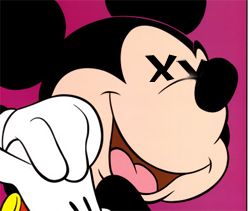 When the American dream wants to stay an American nightmare.

Despite signs of broader economic recovery, number of foreclosure filings hit a record high in the third quarter – a sign the plague is still spreading.

Last time we heard the word plague being used it was describing the middle ages, and things got kind of got hectic and scary and yes very inconvenient. SO, we know for sure when CNN tells us the plague is finally back after a long absence, (hooray) we know we are on a good thing. A good thing that actually is a nasty thing. Awful how such things happen just when you were getting ready to rock.

Anyway the thing that has CNN freaking out ((but we bet not the stock market, which has gone from 6500 at its low to 10000 DOW points as of today) (and those yummy bank profits keep piling up)) is that ordinary people are still  hurting while the extraordinary people are very much in the black.

What’s irking everybody is the sky-high rate of foreclosures in the recent last quarter.

Says CNN- During that time, 937,840 homes received a foreclosure letter — whether a default notice, auction notice or bank repossession, the RealtyTrac report said. That means one in every 136 U.S. homes were in foreclosure, which is a 5% increase from the second quarter and a 23% jump over the third quarter of 2008.

What does this all mean? It means that Mickey Mouse is still passed out from the night before and eventually he might come back but only after the plague is finished, the sky shines all day, and banks really mean it when they say your future is their future- cause right now it seems to be only about their theirs…

The American dream is a good idea when you control the dream. Never when you are sitting there waiting for it to come to you

Getting Your Business Off The Ground Faster