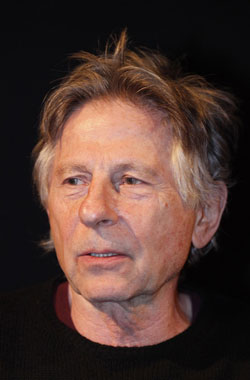 Famed and acclaimed director Roman Polanski invited by the Swiss to a function served to honor him was arrested by authorities as he was set to attend said function in Switzerland on outstanding charges of having sex with a minor 31 years ago.

Detained on behalf of the US Judiciary system the world is now in a quagmire of what to do. Not because that Polanski is innocent (he is clearly guilty and quickly fled the US 31 years ago after he skipped bail and the presiding judge at the time wanted nothing to do with the plea bargain which would have had Polanski having a 42 day holiday in a psycho ward), not because the Swiss don’t like him (he apparently even has a house in Gstad), nor because the French so vehemently love him (where he has lived for the last 30 years) and who on his behalf the Minister of Culture Frederic Mitterrand nor because the Polish don’t love him either (authorities there are already talking about writing letters to the US). The problem it seems is that Polanski is too famous and a confirmed celebrity and as we all know famous people and celebrities must be treated with reverence and special persons exempt status.

Already pardoned and forgiven by his victim Samantha Geimen who at the age of 13 was induced with narcotics by Polanski at the home of Jack Nicholson (does this surprise anyone? ) during a photo shoot for French Vogue – Geimen has moved on with her life arguing if anything it’s not Polanski that had ruined her life but the media.

The same thing maybe said of the media this week as the world wonders and watches with bated breath to see what will happen. At this juncture Polanski could contest the extradition but that certainly would leave him holed up for months or perhaps accept his fate as he is sent back to the US.

Sometimes being famous is a good thing but once in a while it comes back and bites you in the ass really hard. Of course if you’re not famous and loved by French ministries and even Jack Nicholson your ass would have already been hanging out of the local county jail.