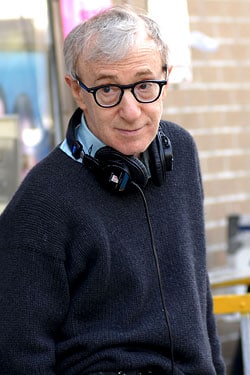 When becoming a fugitive may be the smartest career move you could possibly ever make.

The public outrage over Roman Polanski’s recent arrest has been reaching crescendo peaks and there is no shortage of public sympathy for a man who at the heart of the matter has committed a crime and has gone un unpunished.

With petitions the world over gaining traction and with celebrities and directors such as Woody Allen and Wim Wenders and Pedro Almodovar signing on it does beg the question do these people not care about the crime that has gone unpunished, or does the crime mean less because it was so long ago (of course this never stops Jews and Arabs for killing each other over perceived violations that happened over 2000 years ago…) or is it simply a matter that when you are an admired celebrity and film maker special rules exist for you.

To be honest we are not sure but we are nevertheless curious about the ethical circumstances surrounding this case and the implications that if he is pardoned then a lot of other men in the same position should also be pardoned.

In any respect are we to forgive Polanski because the young girl he had raped Samantha Geimen has forgiven (condoned?) what he did, because he has celebrity friends who are also willing to forgive, (condone, overlook? ) what he did, because he survived nazi purging during World War 2, because he had his first wife Sharon date murdered by the Charles Manson group, because raping a 13 year old girl doesn’t really matter anymore when she’s 44 now or because the law doesn’t mean much in the case of people like Polanksi who the law is a laughable matter?